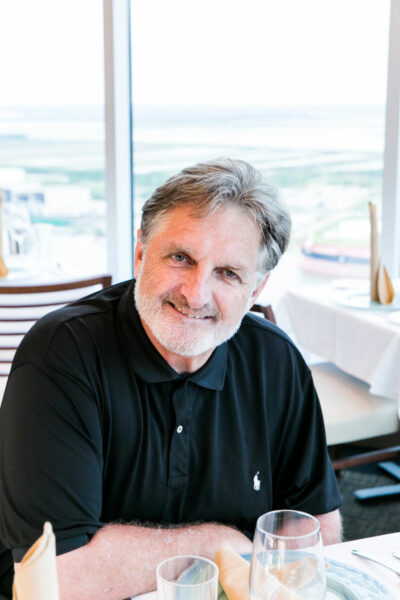 Bob Baumhower had a stellar football career, losing only four games as a defensive tackle for the Alabama Crimson Tide in the mid-1970s and going on to become a five-time All-Pro while playing for the Miami Dolphins in the National Football League.

But his second career as a restaurateur arguably had an even greater impact for sports fans across the Yellowhammer State. He introduced Buffalo-style chicken wings to Alabama when he opened his first eatery, Wings and Whiskers, in 1981 on the UA campus in Tuscaloosa.

“For years and years, we owned the Alabama market,” Baumhower says. “Nobody was doing wings except us.”

Now he is “CEO and Head Fry Cook” for Aloha Hospitality, an umbrella company that includes eight locations of Baumhower’s Victory Grille (with two more coming); Wingfingers in Fairhope, Mobile, and Montgomery; and the food truck Allie’s Twisted Ice.

Plans to celebrate Baumhower’s 40th anniversary last year were postponed amid COVID. So, the chain is celebrating its 40ish this year, introducing a new product, Alabama Hot Chicken, to its lineup.

Based on the concept behind Nashville Hot Chicken, Baumhower’s Alabama version is fried crisp and slathered in a vinegary, spice-laden sauce.

“We also call it ‘immune-boosting’ because it’s got turmeric, garlic, ginger,” Baumhower says. “It’s got a lot of flavor and a little bit of a kick. I think the more you eat, the better it tastes. It gets more complex.” 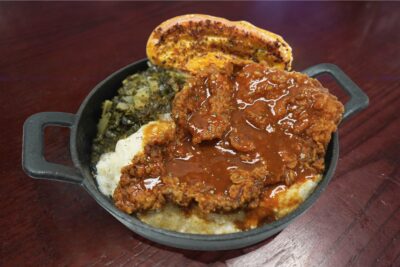 Platters with the new chicken are served with two of Baumhower’s popular house-made sides, Gouda cheese grits and Miss Mary’s Greens. “I got the recipe from a lady in Sumter County,” Baumhower says. “They’re the best greens I ever had.”

While still playing for Miami, Baumhower discovered his post-football career over lunch. A friend, football player, and fellow Ft. Lauderdale resident Steve Towle, suggested a nearby chicken wing restaurant that a Buffalo native had recently opened.

Baumhower was a bit puzzled. He’d never heard of an eatery specializing in wings—at least one outside its home city of Buffalo. To most people at the time, wings were throw-away parts.

“I thought he was crazy,” he says.

But the fried wings he devoured that day were very tasty. And Baumhower noticed two other things: customers at the tables were happily munching, their faces smeared in butter-thickened wing sauce, while a line of people snaked the door.

“They were all waiting to get into this place,” he says. “Every demographic in the book was there—young, old, men, women, Black folks, white folks, blue collar, white collar.”

Intrigued by the business potential, Baumhower brought his parents, Robert (father and son have different middle names) and Patricia Ann “Patti” Baumhower, down from Tuscaloosa to try them. 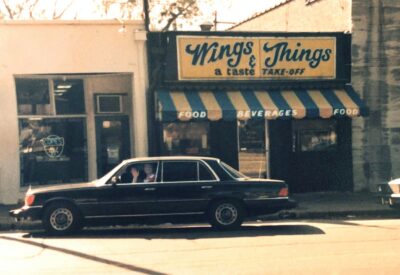 Dad (now deceased) fell in love at first bite. Mom was the slower convert, coming around on her third try when she ordered hot versus mild sauce. Now in her mid-80s, she still eats hot wings when the spirit moves her. “She’s got to get her wing fix every so often,” her son says.

Initially, the newfangled chicken wings were a hard sell in Tuscaloosa, even among university students. Baumhower embarked on his own education program, taking trays for the football team to sample, and then to dormitories.

“We gave them away,” he says. “But once people started trying them it took off. It didn’t take long.”

Back then, Baumhower worked the kitchen while his future wife, Leslie, ran the front. His “Head Fry Cook” title is a reference to that, and Baumhower believes his experience working every station in his restaurant makes him a better boss.

“One of the things I preach—because of how I was raised and because of Coach Bryant and Coach Shula, they’re always about being humble and not forgetting where you come from.”

But when asked what he learned about leadership from them, he starts with his parents. “They taught me, ‘If you think you can, or if you think you can’t, you’re right either way,’” Baumhower says. “It’s all about how you think.”

Bryant reinforced that truism, teaching Baumhower and his teammates that they could achieve anything—as an athlete or a person—if they had a vision for themselves and worked hard toward those goals.

“Both Coach Bryant and Coach Shula were the same kind of leaders,” he says. “They wanted good people around them. You had to prepare and be willing to put in the time and the work. I feel like I’m a better man for having played for them.”