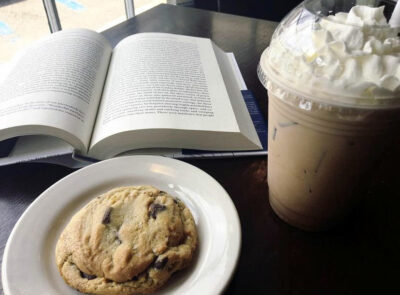 This could be a story for the ages: Girl meets boy. Girl dates boy. Girl bakes very yummy cookies. Those cookies help ease the blow when she breaks off the relationship.

Actually, it’s the real story behind The Breakup Cookie, the confection with a cult following that’s the signature sweet at Church Street Coffee and Books in Mountain Brook’s Crestline Village.

Emily Hall, now a recipe developer and food stylist, perfected the formula while baking at Church Street, not long after it opened in 2011.

“I made a batch at home, and they were really good,” Hall recalls. “I was dating somebody at the time and gave him some cookies as I was breaking up with him. I sent him home with a bag. It was kind of an icy move.”

But when she took some in for co-workers the next day, it was love at first bite. The cookies quickly joined the menu of baked sweets that the café serves alongside coffee and tea drinks. Nodding to the backstory, the folks at Church Street dubbed it “The Breakup Cookie.” 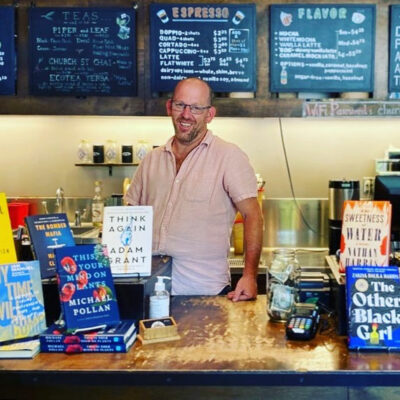 A legend was born. A devoted fanbase quickly grew up around it.

Some 10 years later, Church Street has fostered such a huge fanbase for its Breakup Cookies, they account for one-fourth of the store’s total sales, says co-owner Cal Morris. That doesn’t count all of the cookies Church Street has donated for fundraisers and such.

Its Breakups ($2.25 each; $13.50 a half dozen, $27 a dozen) are large—a few inches in diameter. Buttery and packed with chocolate, they are crisp and crunchy on the edges and chewy in the center. A topping of gourmet flaked Maldon sea salt provides the perfect finishing touch. 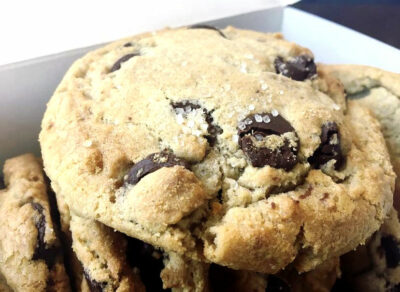 Cal attributes the cookies’ ongoing popularity to Heather’s precise attention to detail, their small-batch production, and her insistence on using only top-quality ingredients including King Arthur cake flour and Ghirardelli bittersweet chocolate.

People buy them to break up, and they buy them to make up. They share boxes of the treats with co-workers, bring some home for the family, or take them out to the ballpark for youth-league teams.

One longtime customer even recently ordered a few dozen shipped to Fort Worth, Texas, for a funeral honoring her father, who made it a habit every time he visited Alabama to stop at Church Street daily for a cookie fix.

She says it started late last year as a pandemic project just to supply friends and family, but it quickly grew into a business requiring commercial kitchen space. 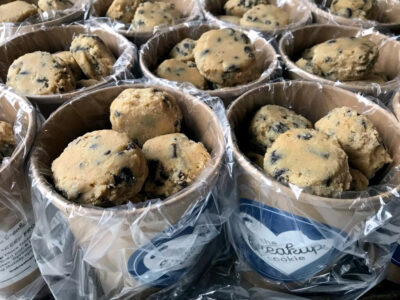 She sells tubs with enough cut dough for a dozen cookies ($18.99) in Birmingham-area markets like Murphree’s in Cahaba Heights, Vineyard Food Market in Birmingham’s Crestwood area, and the Stone Hollow Farm Stand in Birmingham’s Market at Pepper Place. The frozen Breakup also can be ordered online through Nourish Foods.

Although Emily’s social media and frozen cookie dough packaging promote the baked Breakups at Church Street, the two businesses are not collaborating.

Compared side-by-side, there’s one noticeable difference between the two versions—salt. The flake salt on the Church Street version boosts flavors from the sweet cookie ingredients. The frozen version is sold salt-free at this point; Emily suggests sprinkling a pinch of sea salt on top when the cookies are fresh out of the oven.

Either way, the chunk-chocolate cookies truly would make Shakespeare proud: By any name, their taste is (bitter)sweet.