These are the 8 best margaritas in Alabama 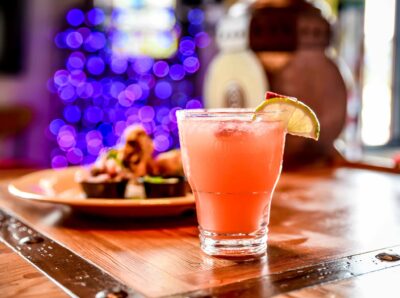 This year, Cinco de Mayo falls on Thirsty Thursday, so the timing couldn’t be better to pay a visit to your favorite Mexican restaurant. Of course, nothing goes better with tacos, enchiladas, nachos, or your order of choice like a margarita. Salty, sour, sweet, and supremely satisfying, it’s hard to beat an ice-cold marg on a hot summer day. Whether you prefer a classic lime margarita on the rocks or a fruit-flavored frozen mashup, Alabama’s plethora of Mexican restaurants and cocktail bars have you covered. Here are 8 of our favorite places to get margaritas in the state.

Tucked into the idyllic Preserve neighborhood in a suburb of Birmingham, this unassuming neighborhood spot boasts some of the freshest, most flavorful margaritas you can get anywhere. The restaurant’s bar whips up 10 different varieties of margaritas for just $8 each. Favorites include the Wild Rockarita with grapefruit and jalapeño, the Strawberry Champagne Rockarita, and the Coconut Rockarita made with 1800 Coconut and fresh pineapple juice. During happy hour (weekdays from 3 p.m. to 6 p.m.), all house margaritas are $5.

When the word margarita is in the name of the restaurant, you’re guaranteed to get a superb version of the cocktail. And of course, no drink pairs better with the sun and sand of this beach town than a salty margarita. Margarita Loca is known for crazy unique flavors ranging from Orange Fanta and Flaming, as well as more common variations like peach, banana, and strawberry. If you’re feeling extra spirited, order a fishbowl margarita, complete with several straws for sharing and Swedish fish candy floating around for added fun. 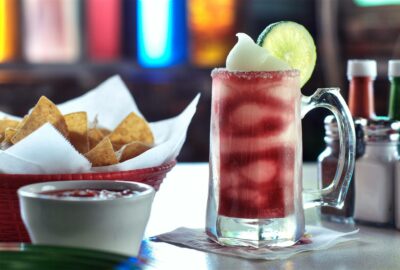 This Rocket City restaurant has been a local favorite since opening its first location in 1995. Since then, they’ve opened three additional locations in the city that all serve a full menu of the franchise’s famous margaritas. A classic Rosie’s features tequila blended with fresh lime juice and tripe sec. Our recommendation is a Mambo Taxi, Rosie’s frozen classic swirled with Yago Sangria Wine.

This charming college town eatery is known for doing two things really well: tacos and margaritas. The taco menu is full of creative fillings like buffalo chicken, grilled pork belly, firecracker shrimp, and even Conecuh sausage and pimento cheese. The margarita menu is equally imaginative with options for a cucumber margarita and a strawberry shortcake version that also includes vanilla vodka and fresh strawberry puree. 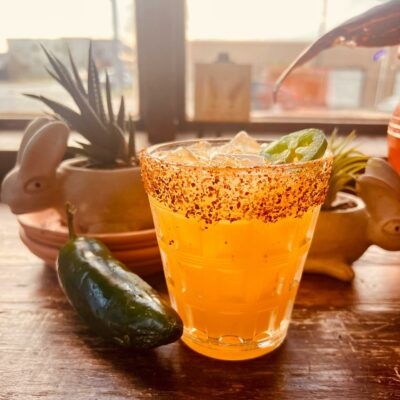 This corner bar in the Magic City’s Pepper Place neighborhood specializes in agave-based spirits and cocktails, so it’s only fitting that they have some of the best margaritas in the state. In addition to a healthy menu of signature cocktails, Mayawell also offers seven margarita styles. There are classics like mango, strawberry, and spicy. For something a little different, order the Bonfire Margarita with mezcal, lime, Ancho Reyes chili liqueur, simple syrup, and a smoky salted rim.

This Mexican-inspired eatery in the heart of downtown Birmingham has built quite the reputation since it opened more than a decade ago. It’s not uncommon to see a line of folks waiting to get their name on a list during weekend brunch and dinner. The same could be said on several weeknights and busy lunch rushes, too. While the restaurant doesn’t offer a huge number of margarita variations, they’ve mastered the few they do serve. The El Barrio is a classic margarita with Lunazul blanco, orange liqueur, and lime. There are also grapefruit, spicy, and skinny versions. In summer, look for the seasonal favorite watermelon marg.

South Alabamians know Roosters on Dauphin Street is the place to go for delicious and authentic Latin American cuisine. From carnitas tortas to chorizo tacos, there’s something for everyone. To pair, try the Rooster Sunrise with tequila, house sour mix, mango, orange juice, and strawberry; or the Mezcal Margarita, made with mezcal instead of tequila plus tamarind syrup, house sour mix, and a tajin rim. Past specials have also included blueberry and pomegranate ginger. Bonus: House margaritas are half off all day Monday and from 3 p.m. to 6 p.m. on other weekdays. 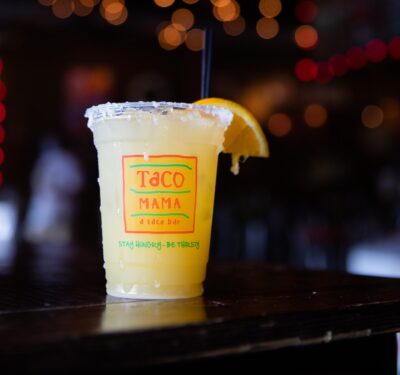 With 17 locations across the state from Huntsville and Birmingham to Montgomery and Mobile, it’s safe to say that Taco Mama is a ubiquitous favorite among Alabamians. The fast casual Mexican franchise has spread like wildfire since opening its first location in Birmingham in 2011. Part of its success is due in large part to the killer margaritas. Seasonal flavors watermelon and blood orange are eagerly awaited each year. The year-round Prosecco fizz, pomegranate, and “Sangrita” are also big hits. On Taco Tuesday, the classic Mi Casa Margarita is half off—including pitchers!