This Alabama school revolutionizes learning and turns students into homeowners 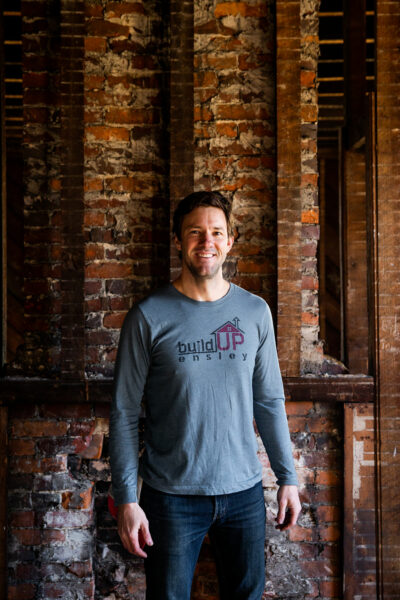 Founded in 2018, Build UP flips the script on traditional schooling with an integrated curriculum that combines academic coursework with hands-on paid apprenticeships in construction and real estate. A major facet of the program involves students working with local industry professionals to build and renovate blighted homes in their community. Upon completing the six-year program, students earn a high school diploma and an associate degree. They’re also eligible to purchase one of the very homes they helped build—with no down payment and a zero-interest mortgage.

When they graduate, students are prepared to either join the workforce with a high-salary job or pursue postsecondary education. Ultimately, they have a path to building both a successful career and sustainable wealth. 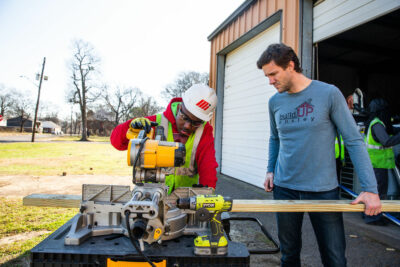 While the program is still in its infancy (eight students graduated the high school portion of the program last year), its inception has been a long time coming for founder and CEO Mark Martin. Martin, who grew up in Huntsville, can trace nearly every pillar of Build UP’s model to an experience he had as both a student and educator in the South.

During his junior and senior years of high school, Martin spent part of his school day at a career technical center working on cars. He credits the technical hours as the only way he “made it through” high school, where he was neither challenged by nor interested in what he was learning. After graduating from The University of Alabama in 2003, he began his career in education as a Teach for America teacher with Atlanta Public Schools. From there, he completed a master’s program at the University of Georgia, then launched and served as the director of a charter school in New Orleans. In each of these roles, Martin uncovered more and more of what isn’t working in America’s schooling model. 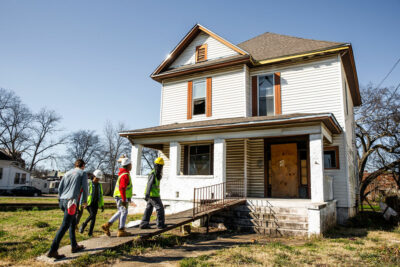 “We’re going about this delivery model of education wrong,” Martin says. “We’re putting a lot of kids in a classroom in rows of desks with an adult in front of them … and we’re hoping they absorb what they hear like a sponge. We know that doesn’t work well for all children. And we’re still having a lot of kids slip through the cracks because so much of the challenge of learning is a result of poverty issues outside the classroom.”

Hoping to find some answers to the foundational and systemic challenges he saw school systems facing, he enrolled in the Doctor of Education Leadership program at Harvard. After a couple years in the program, Martin says he was no closer to finding a solution. He began looking abroad to models in countries like Switzerland and Germany.

Finally, four months from graduation in Boston, the idea hit him.

“I woke up at 4 in the morning with all the pieces of Build UP in my heart,” Martin remembers.

So, after 15 years away, Martin came home and got to work.

“Alabama is always at the butt of jokes when it comes to education. Outside of college football, we’re typically talked about on a national scale as being the worst in social outcomes,” Martin says. “I wanted to come back and start proving what’s possible.”

Over the course of three full school years, what’s possible has amounted to 75 students enrolled in the school, nearly 15 units built, and 20 homes relocated to blighted neighborhoods as part of the program’s newest pursuit, a sort of home recycling initiative. Houses slated for demolition in affluent Birmingham neighborhoods are donated to the program. Then, students are deployed to either salvage components of the home for ongoing buildouts or prepare the structure for a full relocation.

What makes Build UP’s model, both for education and revitalization, truly special, Martin says, is how it puts power in the community’s hands through one of its most valuable resources: its kids. 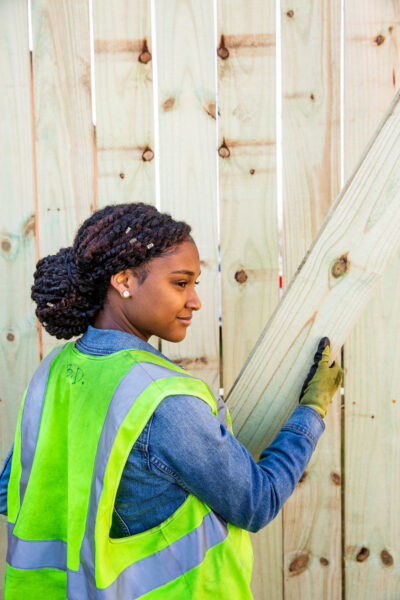 “Most of our solutions for community revitalization involve outsiders coming in with money, buying up property, driving up values—gentrification,” Martin says. “Here, we have kids in their own community becoming the solution and providing the solution with their own hands and minds to what’s holding the community back. They’re taking ownership in a figurative and literal way to say, ‘This is my neighborhood. I’m going to clean it up and take care of it.’ And when they finish the program, they are able to own a home and start building wealth … that changes the dynamic of their family for years to come.”

As Build UP takes on its fourth school year, expansion is on the horizon. The ball is already rolling for a second school in nearby Titusville, with Woodlawn and East Lake as areas of interest for the future. Martin intends to continue launching small schools (with a goal of 100 enrollees at each) in neighborhoods that need revitalization so that students work on and eventually own houses in the community they call home.

Calling on the Community

With so many moving parts, Build UP’s success largely depends on local partnerships and buy-in from the Birmingham community and beyond. As such, the program lists nearly 40 partners on its website, taking the saying “It takes a village” to task. Partners represent all aspects of society, including the public sector, industry and workforce, civic and nonprofit, faith-based, and education.

“We put way too much of this burden to educate young people on teachers’ shoulders,” Martin says. “Build UP is all about partnering with everyone to provide our youth with everything they need, while also taking some of that burden off teachers.”

It’s a different type of partnership than many organizations and businesses are used to entering, but one that could lead to permanent positive change. 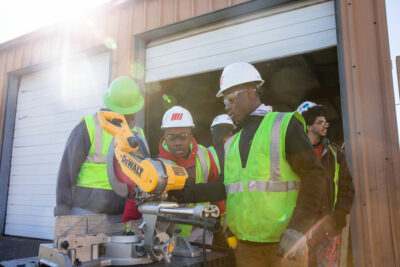 “We’re asking entities to do things very differently and not just throw money at the problem, but actually step up and help develop our young people to be your future employees, and that’s a different ask,” Martin says.

For a student base that’s all at or below the poverty line, private school tuition isn’t feasible. Outside of the money students earn to put toward their tuition via the apprenticeship part of the program, Build UP relies on generous public and private funding to keep students in school. Last year, Build UP was selected as one of five Fannie Mae Sustainable Communities Innovation Challenge winners, which has enabled them to begin plans to expand the program outside of the state.

But it’s not just big corporations that can make a difference. Thanks to the Alabama Opportunity Scholarship Fund, private citizens can redirect up to half of their state income tax burden directly toward tuition fees for Build UP students. Students are eligible to receive $10,000 each year, which along with other funding secured by the program allows them to go to school for one year. To learn more, visit bamaworksfund.org. Martin says that for the past two years, the program hasn’t maxed out the $30 million cap simply because people don’t know about it.

After a year that brought uncertainty and upheaval for students and educators across the United States, Build UP has continued to challenge the status quo, rebuilding our education model and rebuilding communities—brick by brick.