This Birmingham hotel is a food lover’s paradise 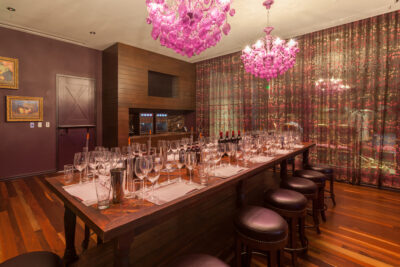 The Grand Bohemian Hotel in Mountain Brook Village is a food lover’s paradise, and not just because its rooftop restaurant, Habitat Feed and Social, dishes delicious, locally-sourced, Southern-inspired food like pork tenderloin with Conecuh sausage stuffing that’s finished with honey from the upscale hotel’s own apiary.

You can learn how to blend wine there, and along the way deepen your appreciation of how different grape varietals taste by themselves and then interact when combined.

Grand Bohemian Mountain Brook is a part of the Kessler Collection, founded and operated by Richard Kessler, and is a part of Marriott’s Autograph Collection. But while the hotel is a travel destination, many of the food-related experiences there are offered with locals in mind. 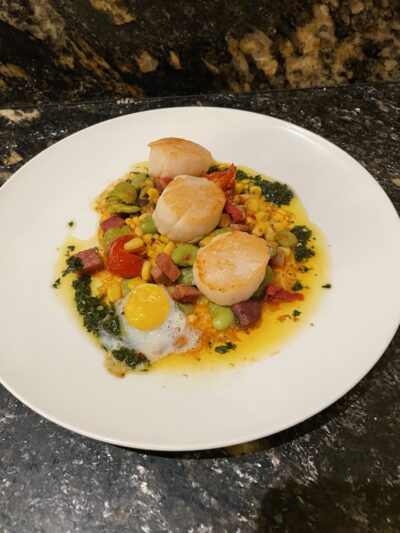 We then repaired to Habitat’s billiards room for after-dinner drinks and assorted desserts from the spring menu, including cobbler, cheesecake, and decadently rich chocolate mousse.

Along the way we sampled freshly shucked farmed oysters from Florida’s Gulf coast, and charcuterie that featured rich duck prosciutto along with the standard salamis, cheeses, and accompaniments like candied pecans and olives.

In the wine demonstration, Jamie House demonstrated the fundamentals of how to get maximum flavor and aroma when drinking wine, from why you swirl it in the glass to how to slurp or “chew and smash” so the liquid spreads to all the sensory locations in your mouth.

The hotel gets its house wine directly from the vintner. It’s not been aged in oak, which allows the pure flavors of the grapes to shine through, House says.

Class participants sample red wines made from four different grapes, take notes on what they like from each, and use a beaker to combine them to suit their own taste.  Participants take home a bottle of their personal blend with a customized label.

The cooking school, which can accommodate six to 20 people (up to 40 for private events) is a hands-on experience in a souped-up kitchen with video monitors that show what the chef is doing.

Pasta-making is one of the most popular classes, Towey says. People learn how to make ravioli from scratch, preparing dough from flour and eggs, rolling it thin with a hand-cranked machine, and using a mold to meld two pasta sheets between dollops of filling.

The remaining pasta scraps are cut into rectangles and pinched by hand to create bowtie shapes. 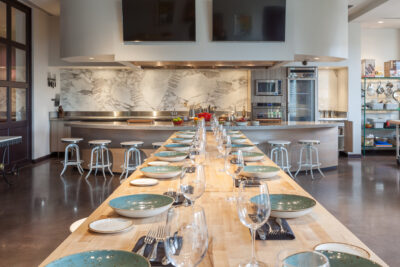 Cooking classes are held up to six nights a week, focusing on the cuisine of countries like France or regional American cuisine, along with broader concepts like making a variety of small-plates for tapas and grilling.

The menus change between classes, so the French menu one week won’t feature the same food the next time. That variety has helped build a group of regulars.

Shell, who has held top kitchen positions at Pursell Farms resort in Sylacauga and The Yard in Birmingham, has focused on building relationships with Alabama farmers and fishers to help shape Habitat’s menu. His visually appealing plates are artistically decorated with edible flowers and colorful sauces. 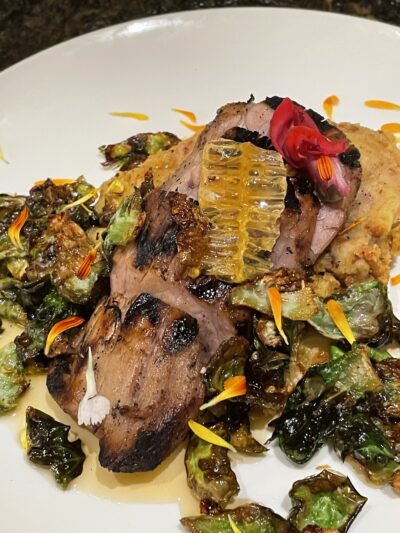 Habitat Feed and Social is open for weekday breakfast and lunch, weekend brunch, and dinner service daily. A bar menu that includes sliders, flatbreads, and mini corndogs made with Conecuh links is available every evening except Sundays, when the bar is closed.