If you grew up in Alabama or have spent any amount of time in the state, then you likely know a little about Helen Keller’s life here. After suffering a severe illness at 19 months, she was left deaf and blind. For the next five years, her world was dark, lonely, and utterly silent until Anne Sullivan entered her life. On a spring day in 1887, the teacher made a breakthrough when she successfully taught Helen the word “water” by repeatedly pumping cool well water into her hand while tapping out an alphabet code spelling the word into her other. By the end of the night, Helen had learned 30 words.

That fateful day marked the beginning of Helen’s rise to fame as a local legend, champion for the differently abled, and worldwide inspiration. Today, you can find the story of Helen Keller in most history books, and the Alabama state quarter immortalizes her “spirit of courage,” but did you know that you can visit the location where the miracle took place more than 100 years ago?

In 1954, Helen Keller’s birthplace in Tuscumbia, Alabama was added to the National Register of Historic Places. Since then, visitors from all over the world have come to see Ivy Green, the home and grounds where Helen grew up and where she first learned to communicate. 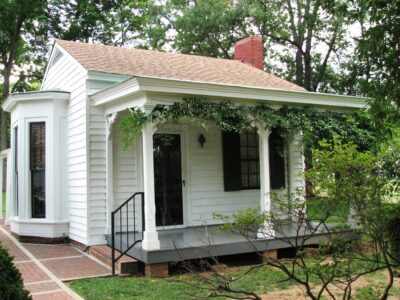 Ivy Green is open to visitors year-round on Mondays through Saturdays from 8:30 a.m. to 4 p.m. For the full experience, take a tour where a docent will guide you through the simple white clapboard house where Helen grew up, providing a detailed biography and little-known facts about her life. The 1820 house has been maintained in its original state and even features 85 percent of the original furniture and clothing used by the Kellers. The home is also filled with hundreds of Helen’s personal mementos, books, and gifts from her world travels.

In addition to touring the main home, you can also wander the grounds to see Helen’s birthplace cottage, which later served as living quarters for her and her teacher Anne Sullivan. And of course, you can see the famous well where Helen learned to communicate for the first time after years of silence. The entire estate is nestled under a canopy of 150-year-old English boxwoods and magnolias with an abundance of English ivy, for which the estate is named. 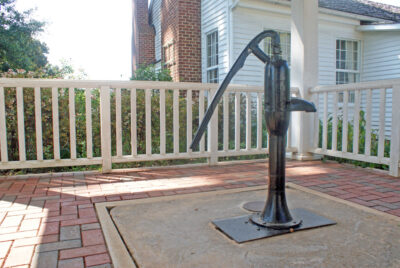 One of the best times to visit Ivy Green is in the summer. Each year on weekends from early June through mid-July, the Helen Keller Foundation puts on outdoor performances of William Gibson’s famous play “The Miracle Worker.” The play tells the story of “America’s First Lady of Courage,” taking the audience through Helen and Anne’s miraculous journey of seemingly impossible odds and eventual triumph. This year’s performances will take place at 8 p.m. on Friday and Saturday evenings from June 11–July 17. Tickets are $15 for reserved seats and $10 for general admission.

For the ultimate experience, make your trip to Tuscumbia between June 24-27, when the annual Helen Keller Festival takes place at nearby Spring Park. The four-day, family-friendly event features live performances from band and musicians, a Helen Keller art show at the Tennessee Valley Museum of Art, kids’ activities, a vendor and maker marketplace, a car and truck show, fun runs, family bike rides, a parade through town, and more.