Try these delicious miniature doughnuts at Sons Donuts in Birmingham 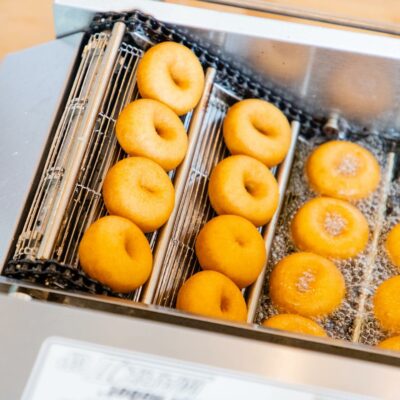 A hopper drops small circles of dough into sizzling-hot oil at Sons Donuts in Birmingham. Gears in the fryer steadily nudge the floating rounds down the line, a metal plate flipping them at the midpoint.

The cooked bite-sized doughnuts emerge at the end, ready to be dipped in flavored sugar, slathered with glaze, squirted with pastry cream, or topped with a house-made vanilla marshmallow.

The whole thing is ready in minutes. Even better, you can watch your own doughnuts cook from start to finish. The fryer and finishing area are on the front counter, behind a clear shield.

“We love having everything up there on the front line so everybody can see it happening,” says Sons co-owner Ryan O’Hara. “It’s pretty cool being able to watch your doughnuts being prepared and then handed to you hot.”

Open since April, the fresh doughnut shop is a collaboration between Jim and Amy Watkins, who founded Steel City Pops in 2012, and Ryan and Geri-Martha O’Hara, whose seven-year-old premium ice cream shop Big Spoon Creamery shares a building with Sons.

Longtime friends, the couples started planning for a partnership four years ago. “But we were pregnant with our first child,” Ryan says. “The timing wasn’t right.” 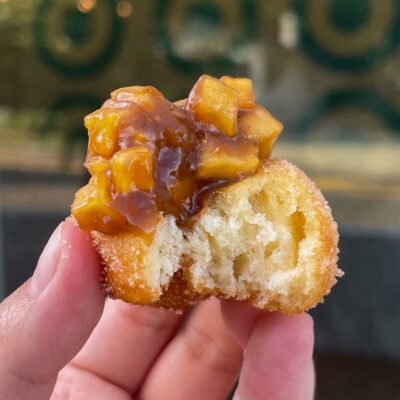 The idea stayed on hold until late last year. Jim Watkins introduced the idea for made-to-order doughnuts, based on a similar operation he’d seen in New York City, Ryan says.

“We felt it was a great twist on doughnuts,” he says. “We loved the vehicle and felt we could do some creative things with it.”

Geri-Martha is the main force behind the menu. A pastry chef, her background includes working at the famed New York restaurant Le Bernardin, and under Beard Award winner Dolester Miles in the dessert kitchen at Bottega restaurants in Birmingham.

The “Sons” part of the name refers to the two couples’ children, all male, who range in age from preschool to mid-20s. The shop’s regular lineup of doughnuts, dubbed The Five Sons, is named for each of them.

That part of the menu will expand soon. The O’Haras’ second child is due in February. And yes, it’s a boy.

Geri-Martha is developing the formula for the “sixth son” doughnut, to be called The Teddy.

The original Five Sons (in order of age) are:

Flavor options include several sauces and glazes, as well as an array of seasonal sweets that change every month or two. Wash it down with a milk shot, cocoa, fresh-squeezed orange juice, or locally roasted Non-Fiction Coffee.

“There are great doughnuts in Birmingham but none like this,” Ryan says. “It’s hard to get a hot fresh doughnut, but that’s always the case here.” 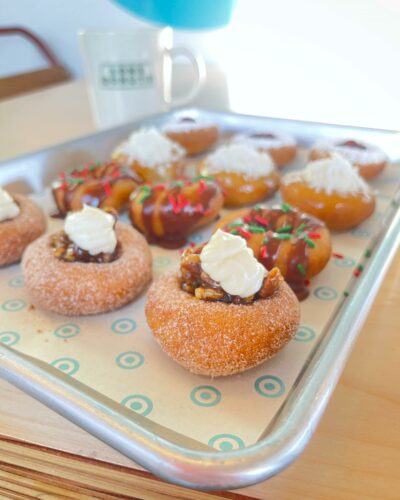 Ryan O’Hara describes the holiday specials at Sons Donuts, which are available through December.