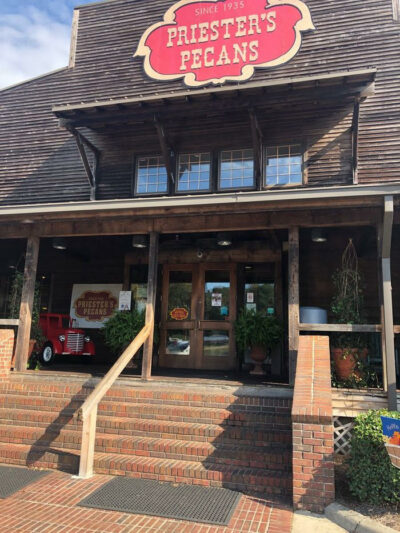 Alabamians so revere pecans, the legislature sanctified them in the 1980s as the official state nut. With newly harvested Alabama pecans arriving by early November, they are as ubiquitous on Thanksgiving and Christmas dinner tables as turkey and ham, but keep well enough to be enjoyed year-round. They’re celebrated annually on April 14 as part of National Pecan Day.

Alabama’s commercial pecan industry is more than 100 years old, and for many locals and through-state travelers, Priester’s Pecans is the state’s most notable nut. Its gift shop, country store, and confection kitchen — prominently located in Fort Deposit off Interstate 65 (Exit 142) about 35 miles south of Montgomery — is a landmark.

What started in 1935 as a side business by Lowndes County gas-station owner Lee C. “L.C.” Priester has grown into a multi-generational company that processes some two million pounds of pecans a year into shelled nuts, candies, cookies, cakes, and its crowd-pleasing pecan pies.

Priester’s pralines also are wildly popular in its fruitcake, which is sold as a loaf or a Bundt cake and loaded with dates, raisins, candied cherries, candied pineapple — plus, of course, new-crop pecans. Both have made the “100 Dishes to Eat in Alabama” list by the Alabama Tourism Department. 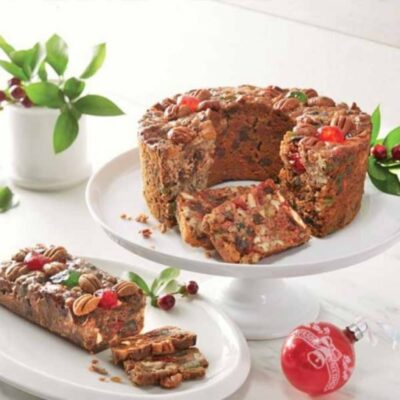 Priester’s Pecans also are a favorite for fundraisers, and prized as holiday, personal, or corporate gifts.

The 86-year-old company is far from the only established pecan purveyor in Alabama worth checking out on National Pecan Day. Several are even contemporaries, including Whaley Pecan Co. (Troy), Wood Pecan Co. (Montgomery), and Superior Pecans and Gifts (Eufaula) — all founded in the 1930s. Shute Pecan Co. in Dothan was established in 1929.

The story behind Priester’s is actually a tale of two families, the Priesters and the Ellises. L. C.’s idea to package shelled local pecans for sale from his gas station was an instant hit, and to meet the growth, he turned to Hence Reynolds Ellis as an investor. Ellis, then Fort Deposit’s mayor and a bank director whose gasoline wholesale company supplied Priester’s Texaco station, became a silent partner in 1940.

The company expanded its portfolio beyond shelled pecans in the early 1950s, starting with fruitcake and then adding nutty desserts like handmade pralines, divinity, and pecan logs. 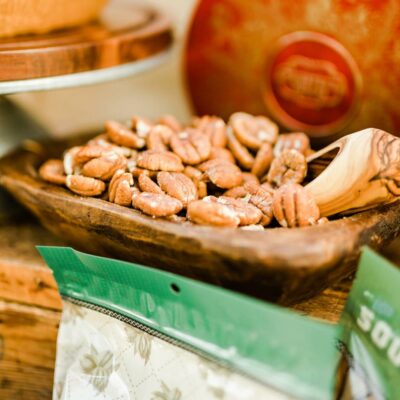 After Hense’s death in 1965, his sons Ned and John Ellis partnered with Priester, taking sole ownership after the founder’s death in 1978. They expanded the company’s reach, opening the original gift shop and plant off I-65 in 1980. Ned became the sole owner in 1986.

The current 50,000 square facility opened in 1998, built on the same spot as the original, which had burned down after an electrical fire two years earlier.

While in-person sales were disrupted over the last year, Priester’s has seen a hike in online sales for its nuts and sweets for both regular and special occasions. Its website even has a tab for Mother’s Day gifts including gift boxes, sampler bags, and cakes.

Now, if we could just settle the national debate over how to pronounce them — puh-KAHN, PEE-can, or pa-kawn.  Regardless, any way you say it, a pecan is just plain-old YUM.