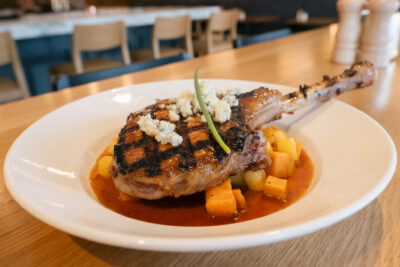 Although it’s only been open roughly three months, Oak House Restaurant is quickly becoming a clubhouse for residents of the Mt Laurel planned community in north Shelby County.

“I live out here, and I’d say 90 percent of our guests live out here,” says the co-owner, Travis Grappo, who can be seen nights working the dining room, “touching tables” with his wife and partner, Sarah. “A lot of them we know, or it’s one degree of separation.”

His two-plus decades of experience as a restaurateur includes corporate gigs such as managing partner of Fleming’s steakhouse in Birmingham for several years and joint venture partner opening dozens of Metro Diner locations regionally.

Grappo describes his own creation as neighborhood fine-dining, like a country club but with a more casual atmosphere. “We have a very small menu but I feel like everything is best in class,” he says. 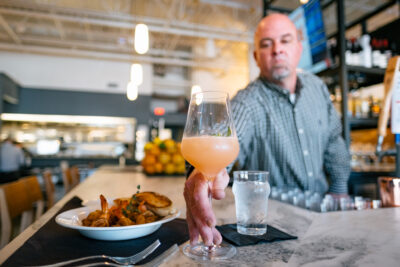 Fleming’s fans might recognize some folks at the new place. Oliver Robinson, who is in charge of the culinary side at Oak House, worked with Grappo during the chef’s own 15-year career at Fleming’s.

Oak House represents something of a homecoming for the Grappos. The family lived in Mt Laurel when Travis ran Fleming’s and the Birmingham-area Metro Diners, but moved to Tampa when he was promoted to oversee the latter’s expansion efforts.

They returned to Mt Laurel in 2020, after his pandemic-related job layoff. Noticing the growth and development in the community during their absence and finding an available space, the Grappos decided to open a restaurant there.

Sarah Grappo worked with Business Interiors on the design, creating what her husband describes as a clean, contemporary look. “My wife has been an integral part of this whole process,” he says. “She did this whole place and it looks magnificent.”

Finding just the right name for a restaurant can be as difficult as naming a baby. The Grappos ran into that as they sought business names that reflected the community where they live and operate. 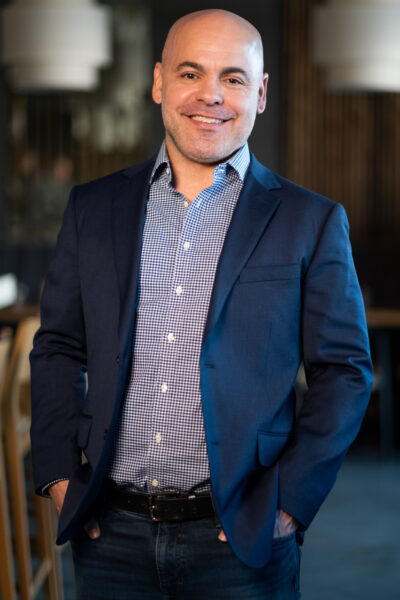 While considering dozens of names, they kept coming back to ones containing “oak.” The Grappos live and work near Double Oak Mountain and spend as much free time as possible in Oak Mountain State Park. Oak trees are abundant around leafy Mt Laurel. And coincidentally, an alternate spelling of their teenaged daughter’s name, Aylah, means “oak tree” in Hebrew.

“We didn’t really think about it until we came down to the final five names and three had ‘oak’ in it,” Grappo says. “So, we polled friends and family. Oak House was the overwhelming favorite. It wasn’t even close.”

Original plans called for the restaurant to open in November, but staffing and other issues limited the holiday season to a few private parties. Oak House officially opened on January 11.

Even in its first weeks, the restaurant has already built enough regulars for Robinson to utilize as sounding boards for new culinary ideas.

“When Oliver has some down time he’ll run back there, whip up some stuff and bring it out to get their feedback,” Grappo says. “It’s really cool when you can walk out to a regular and say, ‘Hey, we’re thinking about adding something to the menu. Give us your two cents.’”

Grappo says Oak Hill is an amenity for the fast-growing Mt Laurel community.

“My main goal,” he says, “is to make this the neighborhood restaurant where, if you live out here, it’s your place.”