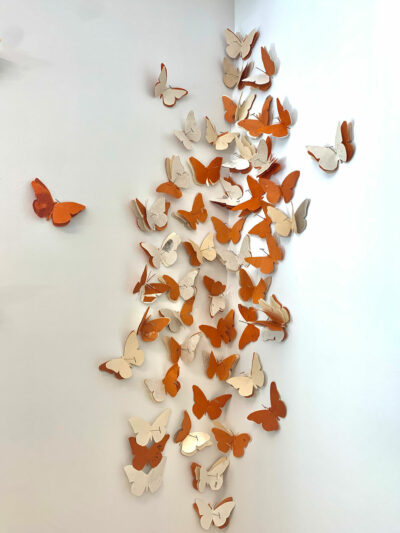 Every fall, monarch butterflies travel thousands of miles to escape south for the winter. Their striking orange-and-black wings are often seen as a symbol of transformation and growth. In Mexican culture, they’re thought to represent the souls of ancestors bringing comfort to loved ones on earth.

In collaboration with I_Butterfly, a nationwide, free-form bicycle festival highlighting the paths of monarch butterfly migration, UAB students from the Department of Art and Art History have created “I_Butterfly,” an exhibit that celebrates the mystical species through visual arts.

“This show is a beautiful reflection of the extraordinary journey the monarchs make,” she says. “We hope it will encourage others to learn and grow their own gardens.” 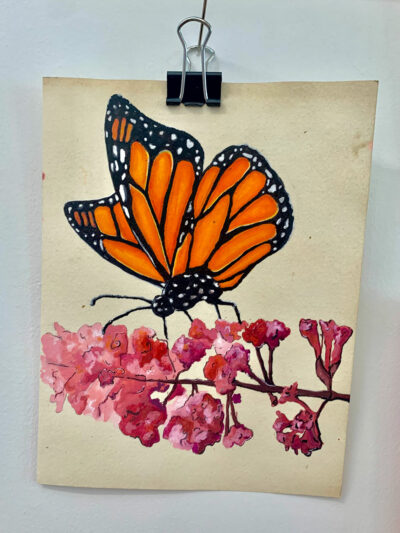 Working in a variety of mediums from oil pastels and pencil sketching to digital art, students developed personal interpretations of the butterflies and their yearly migration paths.

In addition to the gorgeous art on display inside UAB’s Solar House, UAB’s I_Butterfly exhibit also takes visitors on a tour to view the university’s butterfly gardens that earned the campus certification as a Monarch Waystation, a designated, intentionally planted space that provides food and shelter for monarch butterflies as they migrate yearly from Mexico to Canada.

Showings are offered by appointment from 9 a.m. to 4 p.m. Monday through Friday through December 15. The national I_Butterfly bicycle festival includes self-guided bike tours following the monarch butterflies’ three main paths: from Maine to Florida on the East Coast, from Canada to Mexico in mid-America, and from the Rockies to the Pacific Ocean on the West Coast.