Visit an Alabama restaurant along the Catfish Trail 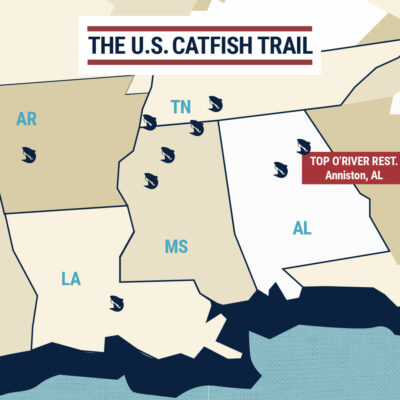 At the Top O’ the River restaurants in Anniston, Gadsden, and Lake Guntersville, you can get your U.S. farm-raised catfish fried or broiled, in filets or whole.

They’re among Alabama’s stops on the Catfish Trail, a promotion by the Catfish Institute trade group to highlight the industry in five southern states that collectively produce nearly all of the 324 million pounds of catfish farmed nationwide.

Still in the fingerling stage, the new Catfish Trail also promotes the Fish Market Southside in Birmingham, which sells farm-raised catfish retail to go, as well as filets, strips, and whole catfish cooked in the restaurant for plates or po-boys.

About one-third of the nation’s farm-raised catfish is produced in Alabama, all in Black Belt counties led by Hale (29 farms), Perry (13) and Greene (10), according to the Alabama Cooperative Extension Service (ACES). 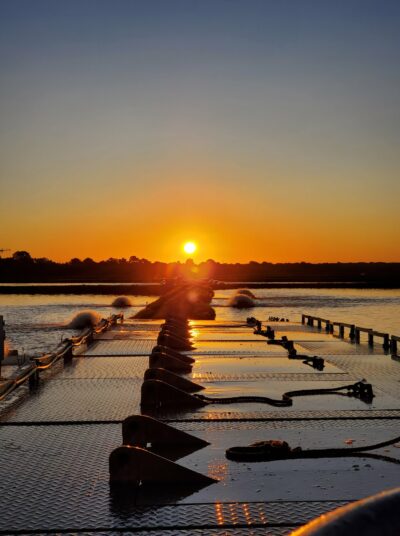 The state also has two processing plants, in Perry and Greene counties. Plants producing special soy-based feed are in Perry and Marengo counties. Overall, the state’s catfish industry produced more than 2,400 jobs and had a $302 million economic impact in 2020, the ACES says.

Catfish take about 18 months to grow to harvest weight. The sawn starts out in warm water at a hatchery, breaking out of their eggs after a week and quickly growing. Then they’re moved to a temporary pond until they grow close to the length of an index finger.

Finally the fingerlings are transferred to the main pond, which average 200 acres and are filled with water pumped from deep-aquifer wells.

At the optimal weight, 1 – 1½ pounds, they’re gathered by net and quickly trucked to a plant to be processed and either flash-frozen or shipped on ice. Plants like Harvest Select in Uniontown can process up to 10,000 pounds per week.

In the United States, catfish is in the Top 10 of favorite fish—and definitely higher in southeastern states. But that only adds up to a little more than a half-pound per person annually—or the equivalent of roughly one hefty hamburger. 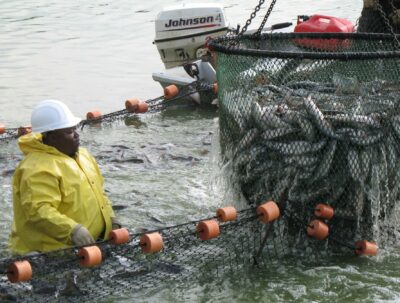 People put off by the muddy taste of river catfish might be pleasantly surprised by the clean, mild flavor of the farmed product. It starts with their controlled living environment. Diet and where the dinner table is are two other factors, according to the Catfish Institute.

Like other meats, the flavor of fish is affected by what it eats. Farmed catfish are fed a nutritionally-fortified blend, mostly soy with some rice and corn. The feed is puffed so it floats, allowing the catfish to eat at the surface instead of along the muddy bottom.

Alabama’s catfish farming industry developed over the 1960s, took off in the 1980s, and reached a peak in the 1990s. By 2000, Alabama had 250 catfish farms and four catfish processors.

But a steep rise in feed costs and competition from imports hit Alabama fish farms hard. Now the state is down to 66 farms and only two processors. Still, Alabama ranks second in farmed catfish production, behind Mississippi. Arkansas ranks third. 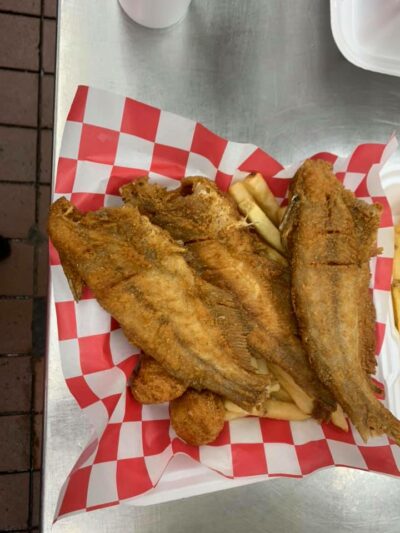 Farmers and feed processors from those and neighboring states formed the Catfish Institute in the mid-1980s to promote what was then a relatively novel product.

The site includes recipes for dishes as simple as Onion-Crusted Catfish or as fancy as Southern-Style Sweet Bourbon-Glazed Catfish with toasted pecans. It also has videos with cooking demonstrations and tutorials.

Next time you’re fishing around for dinner or lunch ideas, try making the Catfish Trail one of your destinations.