Bois d’Arc Farm in Perry County will celebrate food, family, and fun with a fall festival on October 9, part of a larger effort to expose more people to the organic farm that applies old-school principles to modern agriculture.

BDA also has ramped up its farm tours for customers, school groups, and anyone else who’s interested in the eight-year-old, no-till farm in the Black Belt. 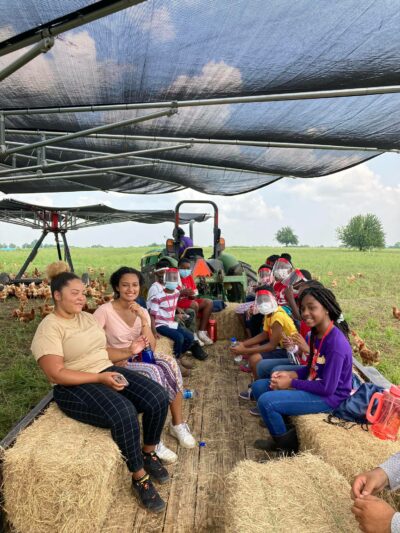 It hosts weekly dove shoots during the season on one of its satellite properties. The first, held September 11, drew about 40 people, says Jessica Gean, BDA’s sales and marketing director. The hunts, alternating between mornings and afternoons, are $75 with a meal provided, or $65 with no meal.

“We want people to come out to the farm and learn more about what we’re doing out here,” Gean says. “We’re trying to put our face and our name out wherever we can.”

That includes participation in this month’s Rooster Day in Demopolis. BDA also rents rooms at two historic homes in Marion, Trawick House and Reverie, and at The Vault—an event space in a former bank that also has three bedrooms for short-term stays. The farm held a community steak dinner at The Vault in July.

The BDA Fall Festival is an expansion of private harvest parties the farm started in 2018 to celebrate with restauranteurs and other customers. Tickets to the festival—$12 for ages 11 and up, $6 for children ages 2-10—are available on BDA’s website.  Admission includes a voucher for a burger made with BDA’s beef, with chips and drink.

The festival will feature live music and local vendors. A country store will sell snacks like apple-caramel nachos, cider, and other sweets. Produce, meat, honey, pecans and other products from the farm also will be on sale.

BDA practices regenerative agriculture, focusing on building soil health, which produce better crops and meat. The farm doesn’t till the land when planting, and encourages growth of the diverse vegetation that naturally thrives in the area. Cattle and chickens are frequently moved around pastures to promote balanced growth, and the land is given time to fully recover between grazings. 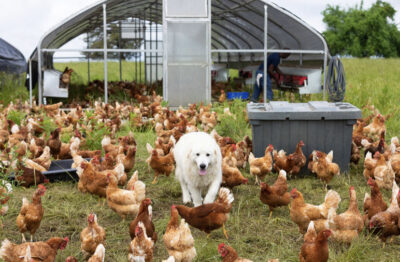 “We’re working with nature instead of against it, just as our ancestors did,” Gean says. “If the soil is healthy, the crops and animals will be healthy, and create a healthy product in the end.”

The farm currently raises some 300 head of cattle, nearly 200 sheep and close to 5,000 egg-laying chickens. BDA also recently started pasturing pigs, too. The organic garden currently produces more than three dozen varieties of herbs and vegetables over the course of a year. 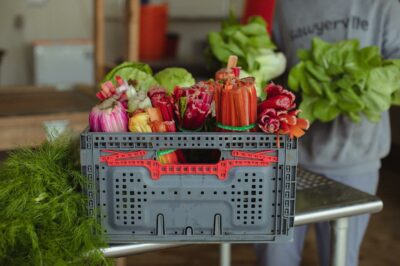 Want to check BDA out? Just drop them a line, Gean says.

“Normally people email me or respond to the e-blasts we send out each week,” she says. “We’re in tight communication with a lot of our customers base, on a first-name basis. So ,they just tell us or text us and say ‘Hey we want to come out and see you.’”