What to eat at Alabama’s first Coastal Food Truck Festival 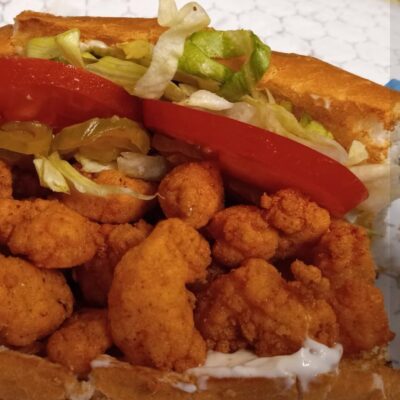 Who Dat Poboys and Seafood (Food Truck Festivals of America/Facebook)

Check out some of the finest food trucks from south Alabama and the Gulf Coast and wash it all down with the best brews from Bama and surrounding states, all this weekend at Gulf Shores.

The inaugural Coastal Alabama Food Truck and Craft Beer Festival is set for Saturday, November 12, and Sunday, November 13, at the Town Green. More than a dozen food trucks are in the lineup, along with a baker’s dozen breweries.

Admission is free, and the festival is open to the general public from noon until 6 p.m. Food and drinks from the trucks must be purchased.

Founded in 2011, the Massachusetts-based Food Truck Festivals of America holds these gatherings around the country with the goal to share the joy and diversity of mobile food dispensaries.

Here are a few places to check out at the festival:

Who Dat Poboys and Seafood

Of course, the menu includes po’boys stuffed with shrimp, oysters, fried fish, hot sausage or a duo combo. The Pensacola-based truck also sells baskets with any of those meats with Cajun-seasoned crinkle fries. Wash it all down with Who Dat’s famous Pineapple Lemonade, on the rocks or in a slush. 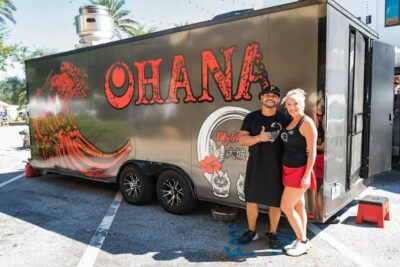 Known for burgers, po’boys, and sandwiches like the Bird Dog, which is a patty melt that swaps pulled pork for the traditional beef patty. Tweed’s galley gets creative; recent specials include Surf and Turf burger (made with crawfish mac and cheese) and a windy mashup, the Spicy Chicago Beef po’boy. Krispy Kreme doughnuts serve as buns in the Holy Moley and Double Holy Moley burgers.

You can taste the European influences in the Venezuelan food served from Arepa’s Truck. Options include hallaca, a street snack similar to tamales wrapped and steamed in a banana leaf, but with continental additions like capers and olives. Pernil is slow-roasted pulled pork. Pan de jamon is a rolled ham-and-cheese sandwich. Dessert options include spongy tres leches cake and custardy flan. 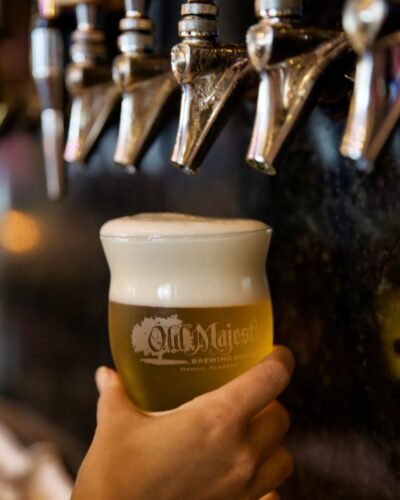