After five years in the heart of downtown Birmingham, Pizitz Food Hall has become a mainstay among the weekday lunch crowd, as well as weekenders enjoying a day of activity in the Magic City. The bustling building hosts an array of businesses, ranging from the state’s only Warby Parker outpost to a full bar and an independent movie theater. With 12 food stalls, a full-service restaurant, and another on the way, there’s always something different to taste at Pizitz. Here’s what’s new and coming soon to one of Birmingham’s favorite gathering spots. 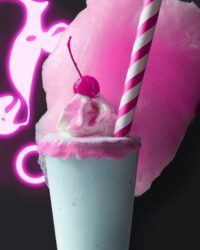 (Courtesy of Tina’s and Gina’s) 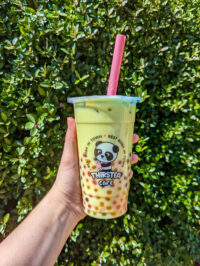 For years, Birmingham bubble tea lovers have been making the trek down Highway 280 for their fill of the highly popular Taiwanese drink. At the beginning of this year, ThirsTea owners Hugo and Delanie Anguiano answered the longtime request of many locals by opening a second location in Pizitz. Now bubble tea enthusiasts can get their delicious milk teas, fruit teas, smoothies, and slushes in the heart of downtown Birmingham. Since February, the second location has been serving up favorites like the taro smoothie with classic boba, as well as creative monthly specials like April’s strawberry lemon mint fruit tea, roasted oolong milk tea, and cucumber lemon mint fruit tea. 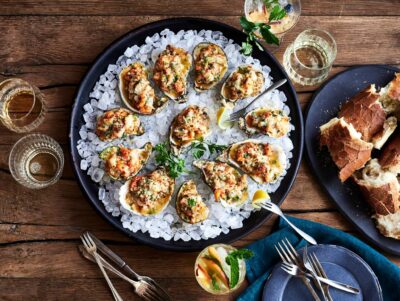 In addition to its 12 food stalls, Pizitz is also home to two full-service restaurant spaces. One is occupied by local favorite café Ashely Mac’s, and the other will soon be upscale Southern restaurant SOCU Southern Kitchen & Oyster Bar location. Helmed International Culinary Center graduate Erica Barrett, the talented chef has taken her food concepts to the national stage with appearances on Shark Tank and The Profit and has even published a cookbook of her Southern favorite dishes. Now Barrett is bringing her talents to the Magic City with a second SOCU location that features her elevated versions of Southern classic dishes like Chicken and Waffles, Shrimp and Grits, and Braised Beef Oxtails. For a full potluck experience, order a few Southern sides like Braised Collards, Bourbon Fired Candied Yams, Dirty Rice, and Charred Jalapeño Creamed Corn for the table. The new restaurant is set to open later this year.