As the Chinese New Year arrives on January 22, families are gathered to enjoy a homecoming, honor their ancestors, and— above all—eat.

It’s the new year on the lunar calendar, which uses moon phases to segment the year. In China and other countries that traditionally follow it, the new year starts on the second new moon after the Winter Solstice‚between January 21 and February 20 on solar-based Western calendars.

Food plays a central role in Chinese culture and celebrations. And like the Southern diet of black-eyed peas and greens here on January 1, dishes commonly served at the Chinese New Year have symbolic meaning for the year ahead. 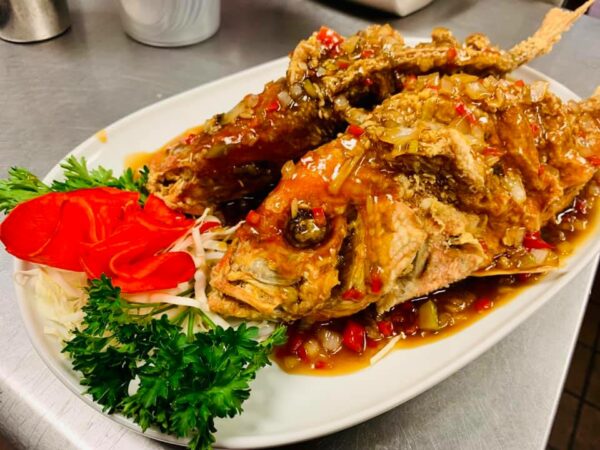 Some are familiar to anyone who has visited a Chinese restaurant.

Spring rolls, for example, are believed to bring wealth and good fortune because they resemble bars of gold. Noodles symbolize longevity—the longer the luckier. Dumplings are said to resemble precious-metal ingots; the more you eat, the more money you’ll amass in the new year.

Other symbolic new year’s foods, like whole fish served with the head attached, are less universal. But those who try it discover that whole fish is more delicious than daunting.

Cooked with aromatics like ginger, onion, and cilantro, you can order the fish steamed, pan-fried or deep fried, and sauced with a variety of flavors from fiery chilies to salty black beans, and tried-and-true sweet and sour.

Whole fish is believed to represent wealth and surplus. Traditionally, a portion is left uneaten—the surplus. Just to make sure that happens, some families serve multiple fish.

Even how a fish is placed on the table is meaningful. The head should point toward the guest of honor or an elder, who gets dibs on eating it.

A specialty, you won’t find whole fish in just any Chinese restaurant. It tends to appear on menus specializing in traditional or regional fare. Many on the list below are attached to Asian markets with busy seafood counters.

For novices, the simplest way to tackle a whole fish is to pick at the meat on the top side, remove the skeleton, and then dive into the other filet. Don’t pass on the head; meat from the cheeks and collar are prized.

Here are restaurants around Alabama for whole fish, as well as other symbolic foods for “CNY,” the Chinese New Year.

Red Pearl is attached to the well-established Oriental Supermarket, which stocks an excellent selection of fish and shellfish. That benefits the menu at Red Pearl, which has separate sections for fin fish and other sea creatures. Choose among whole snapper, bass, grouper, and tilapia—fried or steamed—with a choice of sauces: sweet and sour, hot and spicy, garlic, hot bean, and brown. 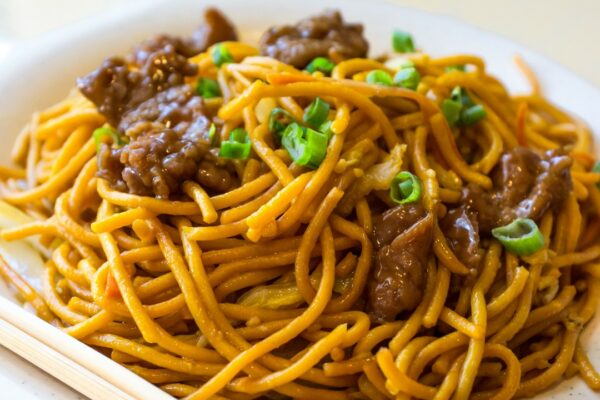 The Great Wall is the place to try something different. Like Squirrel Fish. No, it’s not a fish with a bushy tail. A whole fish is mostly fileted, but left attached to the tail and head. The meat is scored and deep fried, leaving it crisp and puffy. The whole-fish presentation is covered in sweet and sour sauce. The Great Wall also has whole fish in chili bean sauce, and one covered with shredded aromatic vegetables and herbs.

Other CNY dishes: Vegetable spring rolls, pan-fried or steamed dumplings. Lots of noodle choices wok-cooked and in soups. A unique offering is spicy Dandan Noodles topped with Sichuan pepper and a mince including preserved vegetables and pork.

The restaurant is attached to the Asian Supermarket, which sells whole fish, crab, prawns, and squid. Most fish dishes on Taste of Asia’s published menu use filets. The whole fish is simply described as “Live Fish.”

Other CNY dishes: It serves dim sum on weekends (Chinese New Year is on a Sunday this year), with dumplings, spring rolls and other nibbles. The regular menu includes spring rolls, noodles in soup or wok-cooked, and steamed or pan-fried dumplings. When pan-fried, the bottom of the dumpling gets crisp and extra flavorful. 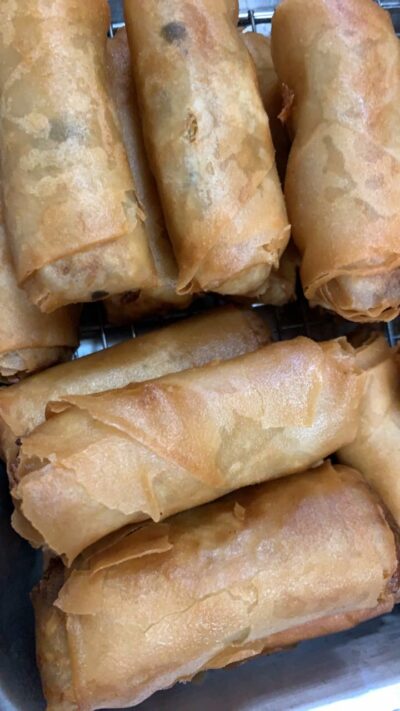 The menus vary slightly at the four locations of the Chinese restaurant group that makes just about every best-of list. The two Mr. Chen’s locations with adjoining markets, in Homewood and Montgomery, offer multiple species and preparations on the restaurant menu. The original Mr. Chen’s in Hoover did not indicate any whole-fish dishes.

Homewood: Steamed whole fish three ways including black bean sauce and with hot oil (when the hot oil is poured over the fish before serving, the shreds of ginger and scallions on top release their flavors, enhancing the sauce)

Montgomery: Steamed mullet, either with or without hot oil sauce; yellow croaker steamed with dried chiles; whole fish with choices of sweet and sour, black bean, and hot bean sauces

Other CNY dishes: Both vegetarian and pork spring rolls. Dumplings, deep-fried or steamed, are filled with chicken. Noodle dishes including stir-fries and soups, including Won Ton Noodle Soup.