You have to try these 9 pumpkin spice treats in Alabama

It’s PSL season. If you’re a stranger to the acronym, that’s code for Pumpkin Spice Latte, the fall treat responsible for the pumpkin spice craze. Ever since Starbucks rolled out the seasonal latte in 2003, it seems everyone has gotten in on the act. For many folks, the first sign of fall is pumpkin spice.

But the combination of cinnamon, dried ginger, cloves, and nutmeg is nothing new. It’s loved the world over. The spices are crucial to India’s garam masala spice mix. They season the broth for Vietnamese pho soup. And, of course, they add zing to good ol’ American pumpkin pie.

Some bakeries roll out pumpkin spice treats beginning in October, whereas others bring the fall vibes as early as September. Some of these specials actually are made with pumpkin. Some are all about the spice. Starbucks’ fall latte, according to Vox, started as spice-only; pumpkin didn’t join the formula until 2015.

Which begs the question: Is it the pumpkin or the spice that makes your fall nice? To help you decide, here are 9 pumpkin spice treats to try from around Alabama.

Pumpkin Spice Bread season has begun at Big Sky, and the customer favorite will stick around until the year ends. Fans say they enjoy slices with morning coffee, hand out loaves as gifts, and even serve it at the Thanksgiving table. Topped with pumpkin seeds, the moist loaf includes both whole wheat flour and pumpkin, along with cinnamon and other spices. 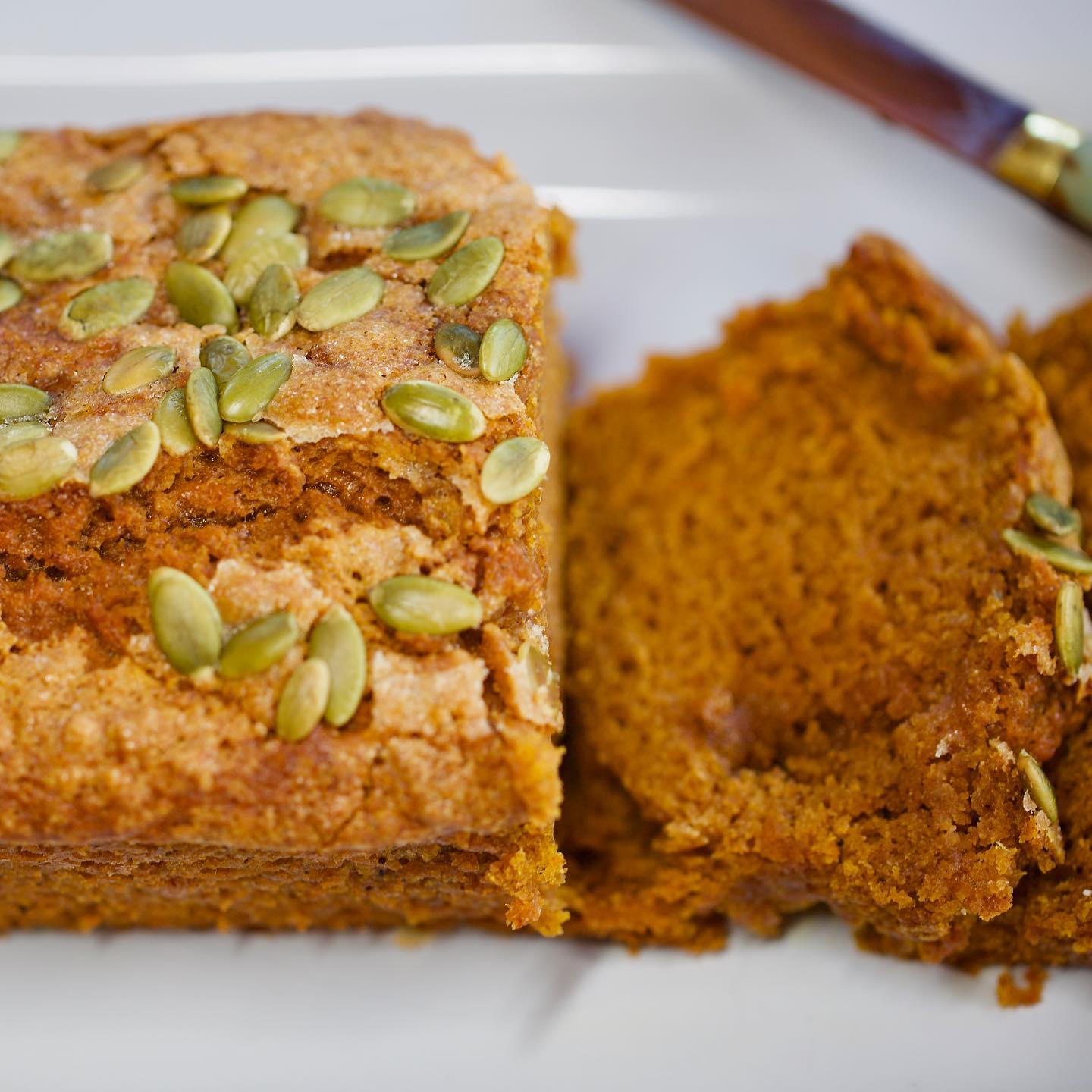 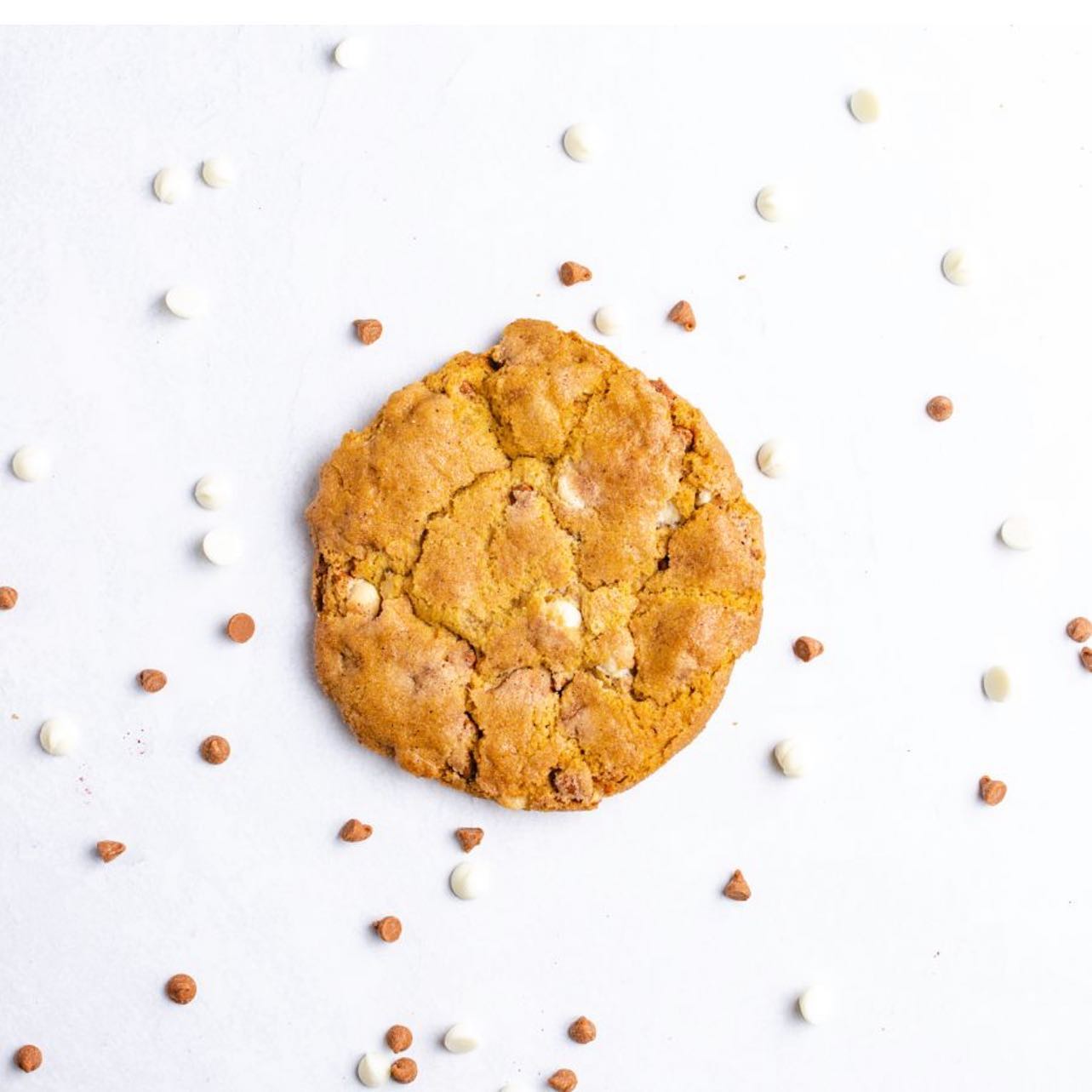 Gigi’s fall menu, which is available through Nov. 30, includes Pumpkin Swirl cupcakes. Gigi’s describes it as a variation on a cream cheese pumpkin roll, with twirls of pumpkin cake and cheesecake comprising the base. Candied pumpkin seeds top the cream cheese icing. It’s also available in a gluten-free version.

They start making hand-cut pumpkin spice doughnuts in early October at this Houston-based doughnut chain (that’s when they start serving pumpkin-spice lattes, too), including at Alabama’s sole Shipley location between U.S. 31 and Lorna Road in Hoover. Made daily with pumpkin pie filling, the cake doughnuts are available glazed or un-glazed. 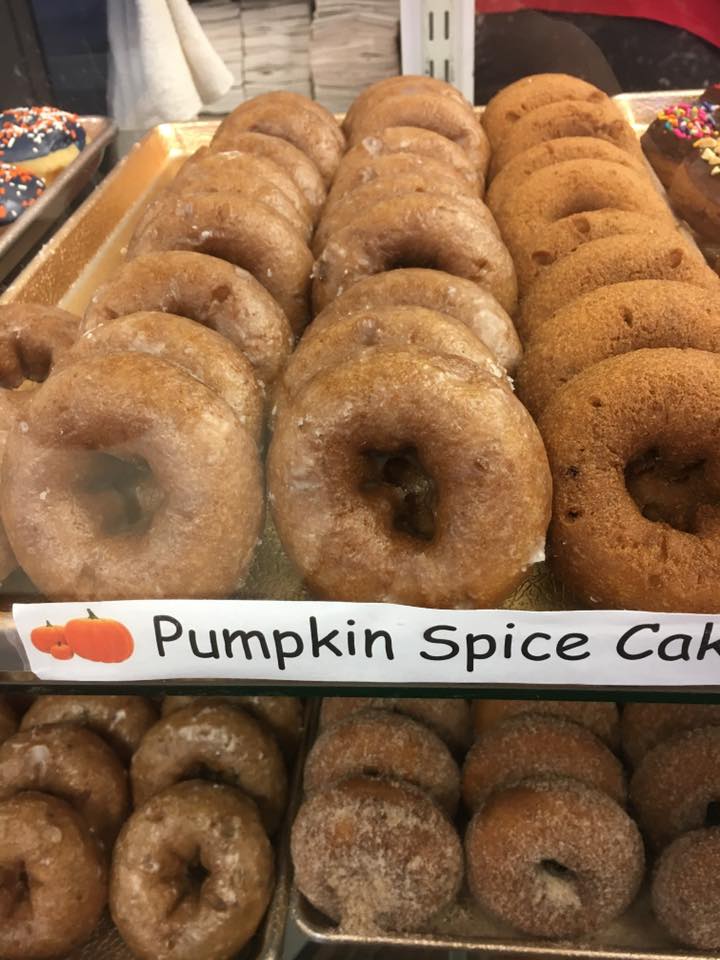 Pumpkin spice ice cream is back for the fall at this family-owned business in Tuscaloosa that specializes in Mexican-style frozen treats. Go all out with Las Piñas’ eye-catching pumpkin spice milkshake, which is adorned with chocolate and nuts. Enrich it with a pecan paleta or one of Las Piñas’ other cream-based popsicles.

The Auburn coffee shop, which sources organic and preferably local products, has a fun array of coffees made with steamed milk (Black Bear and Teddy Graham lattes, for example). The Cats make their own special syrup for fall Pumpkin Spice Lattes. Amid supply chain shortages, bringing your own vessel earns a bonus.

Pancakes are the house specialty at the Blue Plate; the Food Network even has crowned it as the king of Alabama flapjacks. The café, which has two locations in Huntsville, offers seasonal specials like the Harvest Pancakes, pumpkin pie spice pancakes topped with whipped cream, pecans and cinnamon brown sugar. 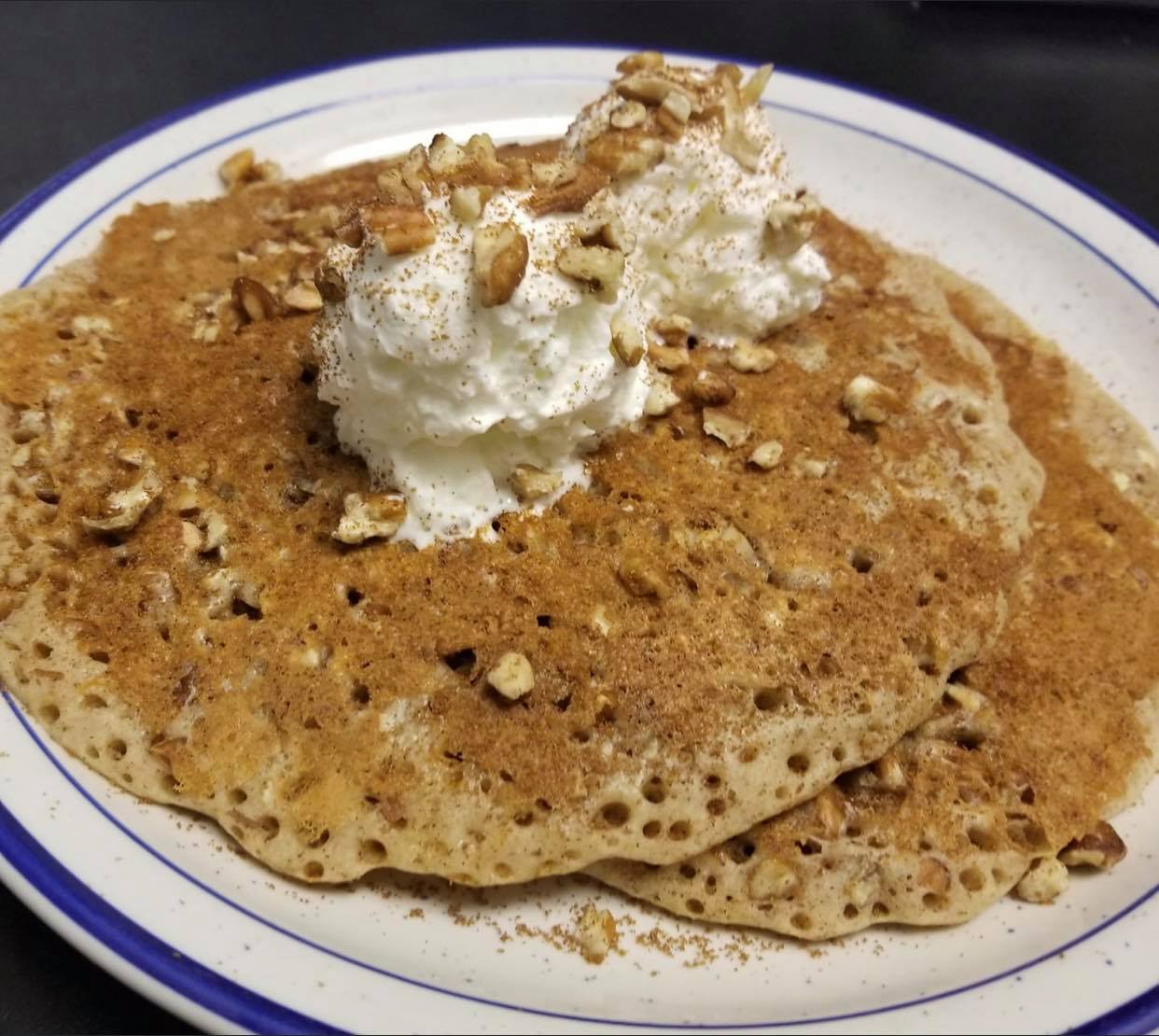 Pumpkin Pie at The Depot Auburn 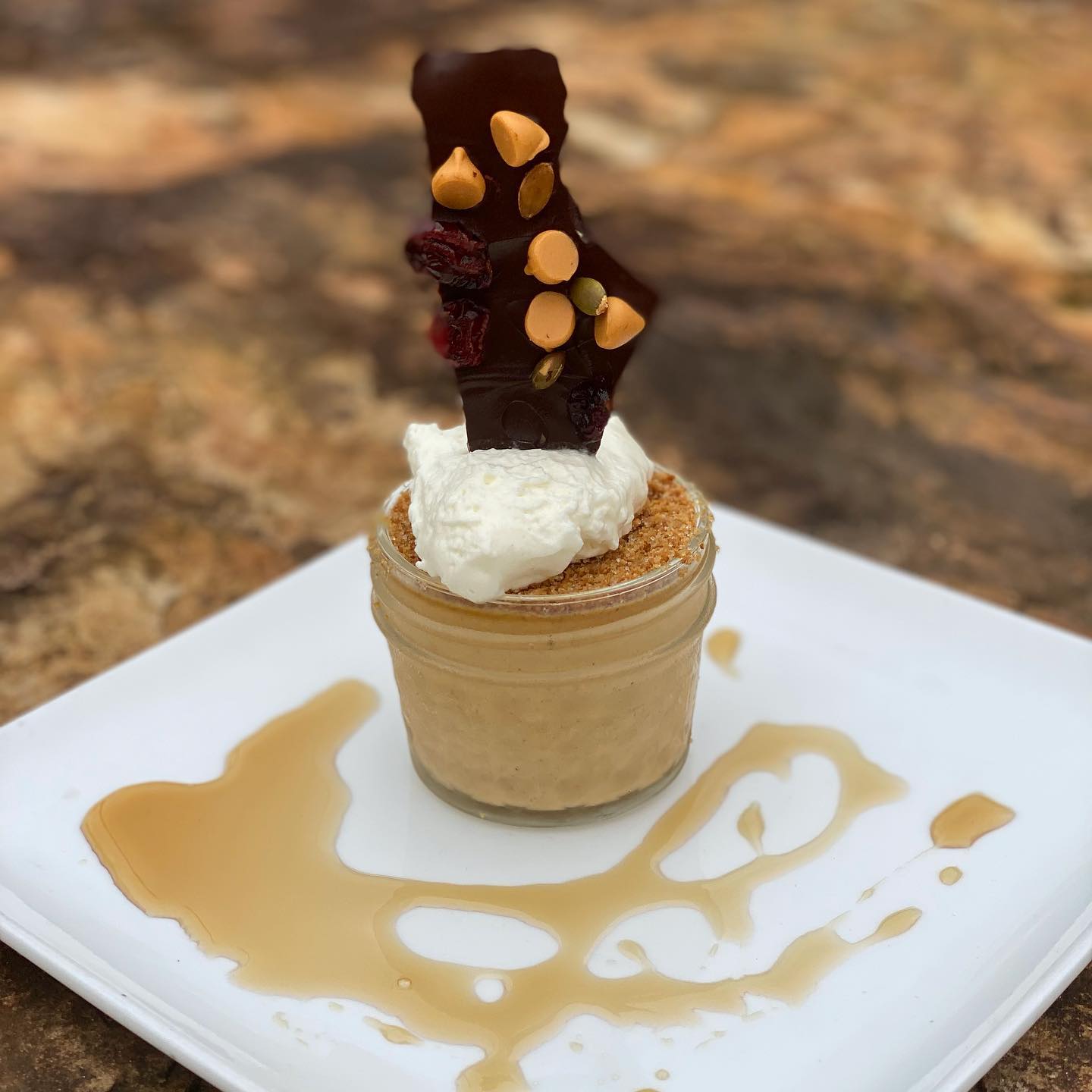 Everything at Liger’s Bakery Montgomery

Fall is in the air at Ligers, where some fall sweets are made with pumpkin, while some are made to look like pumpkins. Savor pumpkin-shaped iced cookies, pumpkin bread, or a fan favorite, pumpkin cheesecake. Cakes decorated with pumpkins and other fall scenes are beautiful. Founded in 1944, Liger’s is Montgomery’s oldest bakery. 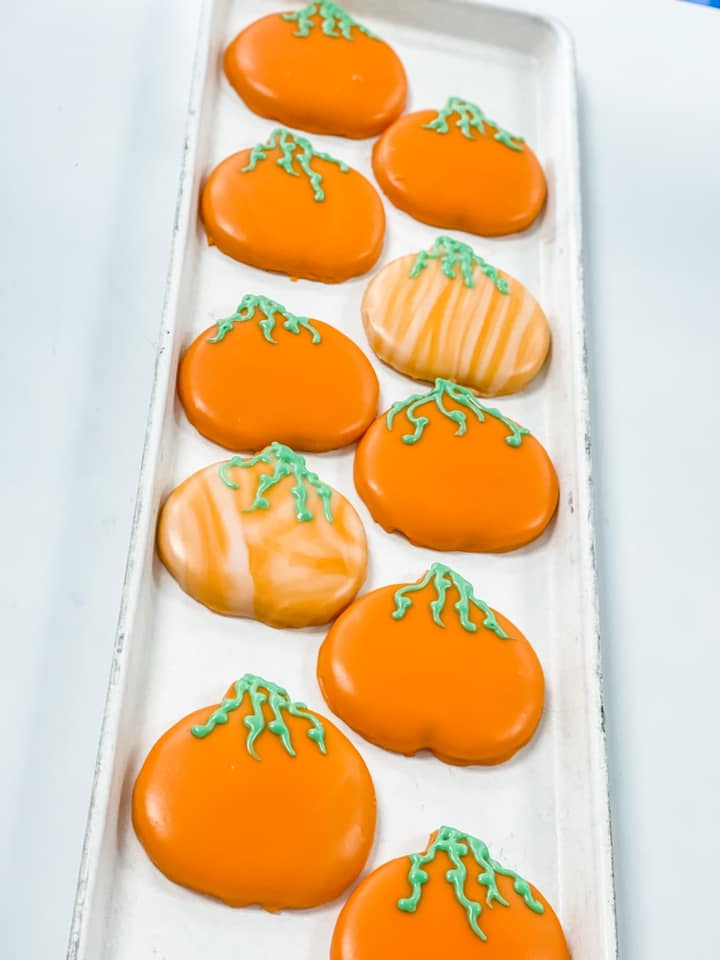