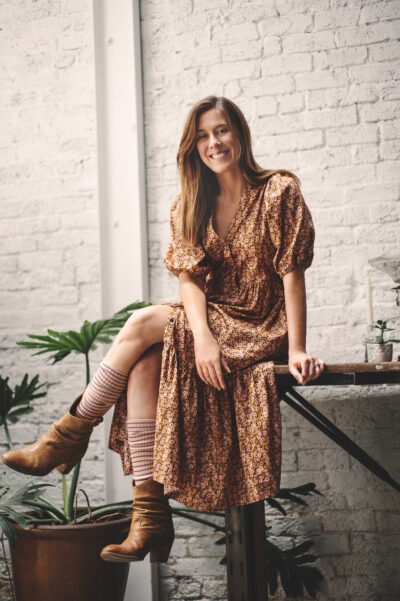 At one time, the tiny town of Fort Payne, Alabama had a sock mill for approximately every 100 residents, and more than half of the town’s 14,000 residents worked in the sock-making industry. Gina Locklear’s parents added to that statistic in 1991 with the opening of their own mill called Emi-G Knitting.

“I was a teenager at that time, and my sister and I had to be at the mill a lot during the summers,” Locklear says. “I have a lot of vivid memories of watching my parents work at our tiny mill.”

Though she grew up around socks, watching her parents build Emi-G into a successful business, Locklear had no intention of joining the family business or returning to the “Sock Capital of the World” after college.

All of that changed when the mid-2000s hit and Fort Payne’s once vibrant sock industry started rapidly declining. When more and more corporations began to outsource and manufacture socks overseas, Locklear worried for her parent’s mill, which largely manufactured sport socks for big-name apparel brands like Reebok and Russell Athletic.

“We always made socks for other companies—that was the backbone of my mom and dad’s business,” Locklear says. “I wanted to think of a way that I could get into the business, but do something different and take it in a different direction to where we wouldn’t be so vulnerable to businesses choosing to do their manufacturing elsewhere.”

So in 2008, Locklear combined a newfound passion for sustainable living with her family’s background in sock-making to create zkano, a line of locally made socks that use only organic cotton materials and low-impact dyes. Locklear says when the line first launched online in 2009, the designs looked a good bit like what her parents had produced since she was 12. But over time, the brand evolved to include the statement socks—featuring bold, bright, and vibrant designs—that zkano is known for today. 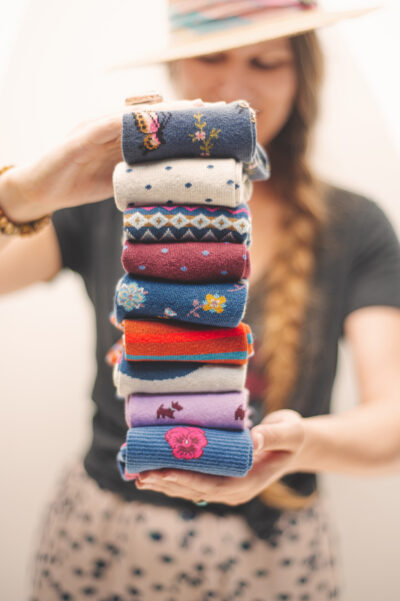 “If you had told me in 2009 that we would have close to 150 SKUS just in our fall line alone, I would not have believed you or even have been able to wrap my head around it,” Locklear says.

zkano has certainly shaken up the sock game, but it’s also done quite a bit to uphold Fort Payne’s historical significance in the industry. In fact, two of zkano’s employees formerly worked for larger mills in town before they closed during the downturn in the mid-2000s.

“It’s exciting to me that they get to carry on work that they love and enjoy through zkano,” Locklear says.

Though zkano has gotten some pretty exciting press over the years, including a feature in the New York Times and a shoutout as the preferred sock brand of Gary Walsh (played by actor Tony Hale) on Veep, the business is anything but big box. zkano socks can be bought exclusively in select boutique stores and through the brand’s online shop. Locklear intends to keep zkano a family business in every sense of the word.

“We don’t have investors, it’s just us,” she says. “We don’t have anyone telling us what we need to do to grow the business. We all just put our heads together and try to figure out the best way to proceed with our own dollars and our own skillsets. It’s been very challenging, but it’s rewarding at the same time.”