5 films not to miss at Sidewalk Film Festival 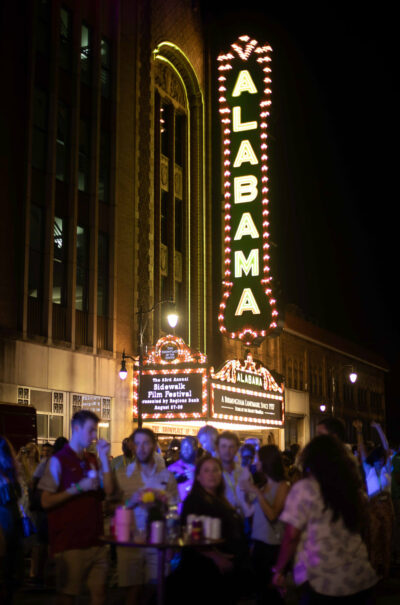 Many Birminghamians associate the end of August with more than just the return of the school-year routine. The last couple of weeks of August bring with them the reemergence of Sidewalk Film Festival, an annual film festival that has graced the Magic City for 24 years. Each year, more than 15,000 film lovers rendezvous in downtown Birmingham, filling theaters across town to celebrate the art of movie making. Each year, around 250 filmmakers from across the country—and around the world—have their films selected to show during the weeklong festival.

This year’s festival will take place on August 22–28 at venues all over town, including Sidewalk Film Center and Cinema, the Alabama Theatre, the Lyric Theatre, the Carver Theatre, First Church Birmingham, the Alabama School of Fine Arts, Dorothy Jemison Day Theatre, and the Steiner Auditorium at the Birmingham Museum of Art. The main festival weekend kicks off on Friday, August 26 with a showing of “Butterfly in the Sky,” a documentary by Birmingham filmmakers Bradford Thomason and Brent Whitcomb about the beloved public television show “Reading Rainbow.” After the screening at the Alabama Theatre, stick around for the Opening Night After Party, which will take place right outside the theater on Third Avenue North in the form of a giant block party complete with food trucks, music, performers, and drinks.

Tickets for the festival cost $15 per screening, $30 for a weekend day pass, $85 for a full weekend pass, and $245 for a VIP all-access pass to all screenings and events. Ready to start planning your Sidewalk experience? Here are five films to add to your “must-watch” list.

This documentary film couldn’t be more timely. The film explores the intersection of abortion and politics in America through the story of three women who lead anti-abortion organizations, as well as those on the front lines of the fight to maintain access to abortions. “BATTLEGROUND” was partially filmed in Alabama and includes the stories of Alabamians Jenna King and Samantha Blakely.

Jasmine is a Star

A Black Lens Spotlight film, “Jasmine is a Star” follows a 16-year-old girl with albinism who’s working to become a professional model in her hometown of Minneapolis while trying to remain unnoticed in her everyday life. 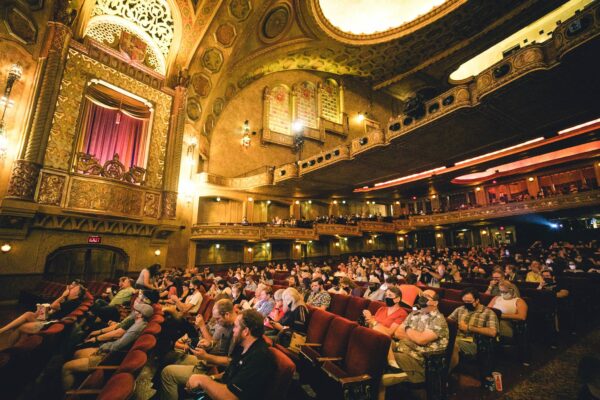 Spend Saturday morning celebrating Alabama with a series of short films about the state. Films include “A Million Dollar Journey” about The University of Alabama Million Dollar Band’s 2021 performance in the Macy’s Parade; “Drexell & Honeybees” about Brewton’s donations-only restaurant; “Another World Right Here” about Birmingham’s punk music and culture scene; “Chasin’ Butterflies” about eccentric Alabama artist Butch Anthony; “Monograph: Chris Lawson” about artist Chris Lawson; “Surviving the Holocaust: A Conversation with Dr. Robert May,” a look into the life of one of Birmingham’s only surviving Holocaust victims; and “54 Miles to Home” about three Black farming families who risked their lives to provide refuge for voting rights marchers.

This old-school horror movie follows a crazed plastic surgeon who will do anything to patent his latest cyst-removal machine. On nurse Patricia’s last day of work, the doctor’s machine turns a patient’s tumor into a cyst monster that begins terrorizing the office. The film stars Alabama’s own Dr. George Hardy, who previously starred in the cult horror film “Troll 2”. Both Hardy and Tyler Russell, the film’s director will be in attendance.

Get ready for football season with a documentary about the 1899 Sewanee Mountaintop football team who played the South’s first 12-game season and went undefeated after traveling 2,500 miles by steam train and playing five games in six days.