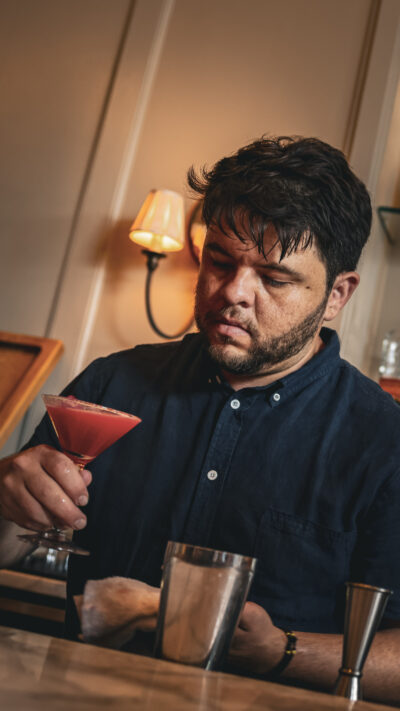 When Jose Medina Camacho was growing up, the last thing he wanted to do was work in the hospitality industry. After immigrating from Michoacán, Mexico with his mother and brother at the age of 3, he spent many of his adolescent years working in his uncles’ restaurants in Tuscaloosa, Jasper, and beyond. “My grandfather was a dishwasher at the restaurant,” he says. “All my uncles were cooks. It was kind of like a family affair.”

So, by the time he graduated high school, Medina Camacho was surprised to find himself working in another restaurant and actually liking it. “I was illegal in the country until I was like 20, so it was difficult to go to college without having to pay out-of-state tuition. So, I started working in the restaurant industry. That was the only place where I felt accepted. It was tough being young and growing up your whole life in this country, and then realizing ‘Oh, I don’t belong here—or at least I didn’t feel like it’. I started working in the restaurant industry and really fell in love with hospitality, taking care of people, and giving them a good experience.”

That first job snowballed into a decades-long career in the hospitality industry and now the opening of his first bar called Adios. Co-owned by Jesús Mendez, a fellow Mexican immigrant and Birmingham restaurant industry veteran, the two have created a space that celebrates Mexican culture through its cocktails and carefully curated décor.

Mendez, who has spent his career working at some of Birmingham’s most notable establishments before venturing out to open Unos Tacos and The Louis in the Pizitz Food Hall, began looking for a space to open a bar in early 2020. He already had a name and a concept when he reached out to Medina Camacho asking him to jump aboard. At the time, Medina Camacho was working as beverage director of Automatic Seafood & Oysters but considering a move to Huntsville for another opportunity. 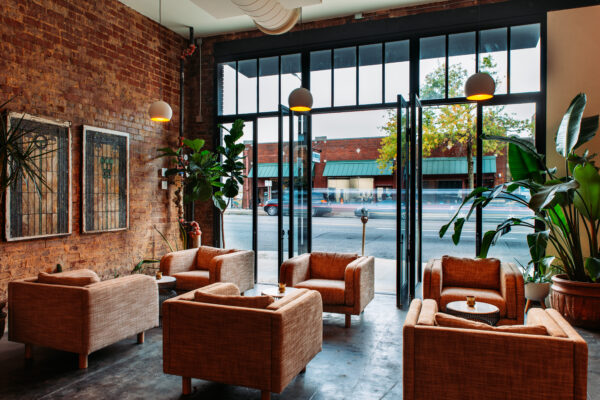 After talking more with Mendez, he determined that his heart was in Birmingham. “I want to continue to preach the gospel of Birmingham,” he says. “Birmingham’s amazing. It’s a small town but it makes a lot of noise. Also, Birmingham took care of me through getting to where I am, so I think I would feel guilty leaving and not giving back to the city that nourished me to where I am now.”

Inside the historic 1960s Art Deco building, the pair has created an upscale yet cozy space that pays homage to their home country and invites people from all walks of life to come in and enjoy a drink. Every design detail, from the seafoam green barstools and white concrete bar tops to the tropical plants and earth toned low-back chairs, beckons visitors to stay and connect with others in a convivial setting. The giant U-shaped booths were rescued from former Birmingham establishment Cocina Superior, where Mendez once worked. “Those are 20-year-old booths, so there’s a little bit of old school and new school.” 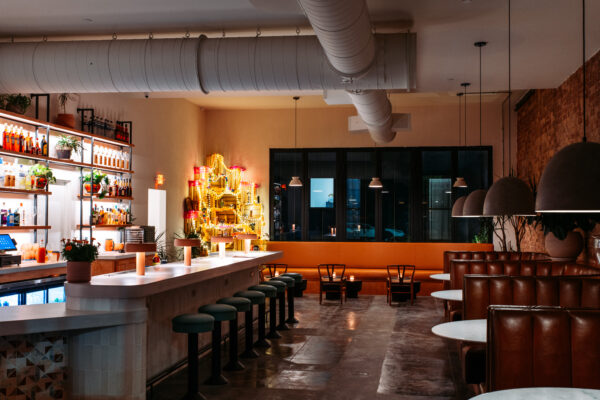 One of the bar’s most striking features is the giant Dia de los Muertos ofrenda, or altar to the dead, where community members are invited to celebrate the lives of lost ones year-round. For the owners, giving people a better understanding of Mexican and Latino culture is a priority, as is creating a space where all feel welcome. “Just in the few weeks we’ve been open, we’ve had every race, ever gender come by. It’s been really cool to see people walk into the bar, and it’s not just one demographic. It’s a place where we want to find community.”

The education at Adios begins with removing the stigma that all Mexican drinks begin and end with tequila and mezcal. “Growing up we never had mezcal or tequila,” Medina Camacho says. “It was cognac, blended whiskey, vodka. I felt the need to create a space where we can showcase different flavors in the Mexican cuisine.”

To get a taste of what Medina Camacho hopes to accomplish, try the Miel De Maguey, a riff on a classic martini that features tequila and a lesser-known agave-based spirit called raicilla. The traditional olive garnish is replaced with nopal (or cactus) that’s been pickled in vinegar, salt, cayenne, and coriander. Other standouts to look out for are the Golden Hour with blended scotch, marigold tea, orange, and tonic and the Puerto Escondido, a daiquiri variation that incorporates tamarind and allspice.

Medina Camacho says he plans to change the menu every quarter or couple of months to keep things fresh. Though it’s only been open for a few weeks, Adios is already making a name for itself in the Birmingham cocktail scene.