Check out these 9 “off-the-beaten-path” breweries in Alabama

It’s hard to believe it’s only been 13 years since Alabamians first were able to legally quaff craft beer. Today, the state boasts more than four dozen breweries and brewpubs, with more rapidly coming on line. In addition to serving draft beer for on-premise drinking, most also sell beer to go in 64-ounce sealed growlers (thanks to eased regulations over the last few years). Several also package their beers in cans.

Big city breweries and those located in college towns seem to get all the attention and publicity. But there are great breweries all throughout the state of Alabama. Here’s a guide to several breweries that are off the beaten path but still worth the drink.

The duo behind Bowler Hat Brewing bill themselves as the “Gentlemen scoundrels of craft brewing.” The Madison brewery took top honors in the Trash Pandas Beer and Wine Fest last October in a competition among 16 regional microbreweries. Its 12 regular beers and seasonal specialties include American- German-, and Czech-style ales and lagers. In addition to drafts, look for Bowler Hat’s 32-ounce “crowler” cans. Unusual offerings include Roggenbier, an amber lager made with rye. The brewery also recommends a beer “cocktail” blending its blond Vanilla Cream Ale and dark Robust Porter. 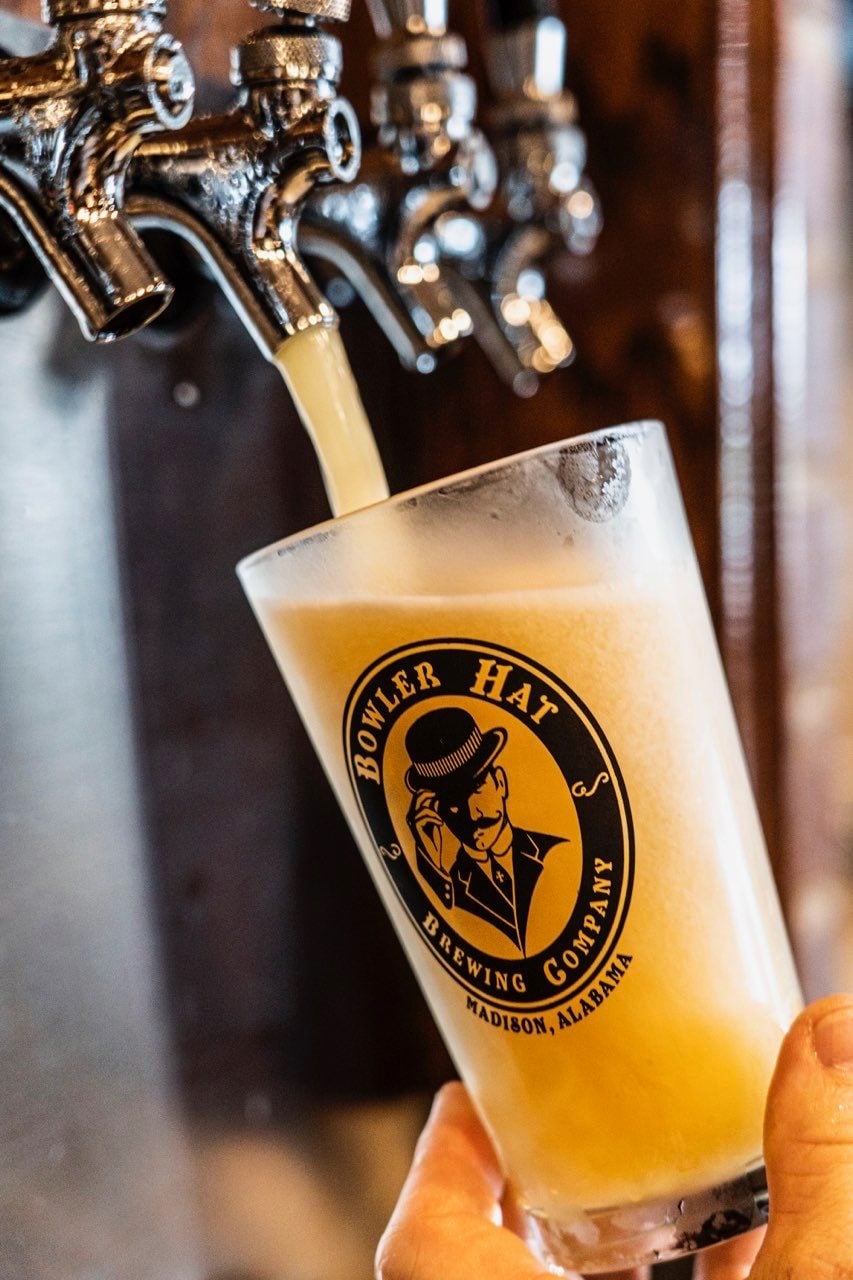 A cancer diagnosis (since treated) inspired home brewer Trey Atwood to open this Decatur brewery with his wife, Erin. The name is a nod to British pub names like The Drunken Duck or The White Lion, and the couple’s love for owls. The taproom and beer garden at Cross-Eyed Owl (aka XEO) is family-, dog-, and presumably owl-friendly. The beer selection includes styles rooted in the United States, Great Britain, Mexico, and Germany, including a mild Gose (pronounced GOES-uh), a sour wheat beer flavored with coriander and chamomile. 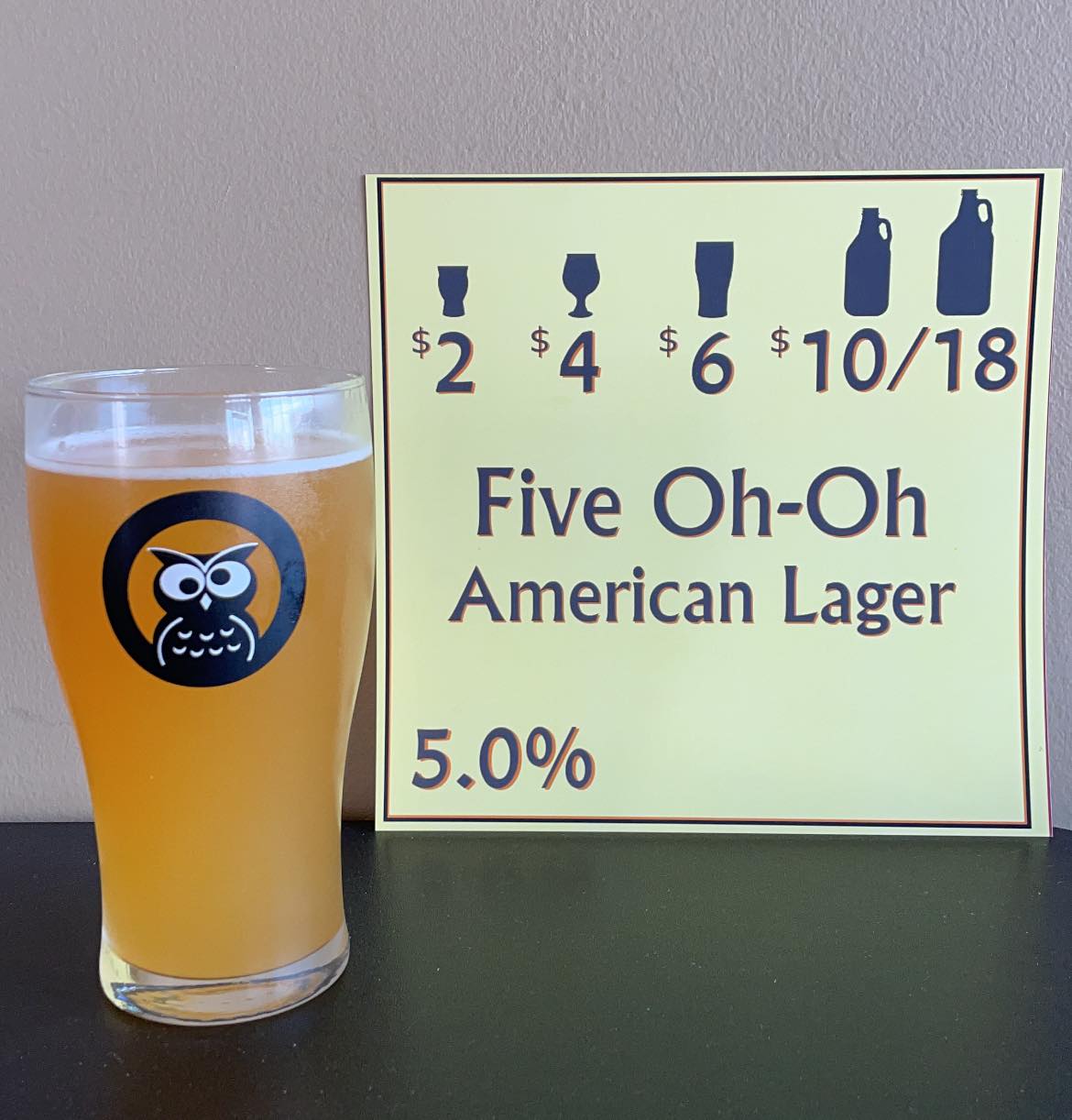 In 2013, Jeremy Pate started brewing the first legal commercial beer in Dothan since Prohibition. Folklore also produces eight styles of mead, an alcoholic beverage fermented from honey, and sometimes with fruit. The taproom and the production facility are on an old family farm. The five core beers include Grateful Red, a malty German-style ale. Seasonal brews include Mele Kalikimaka, a dark porter ale infused with toasted coconut. A black-and-tan mixes porter and India Pale ales. 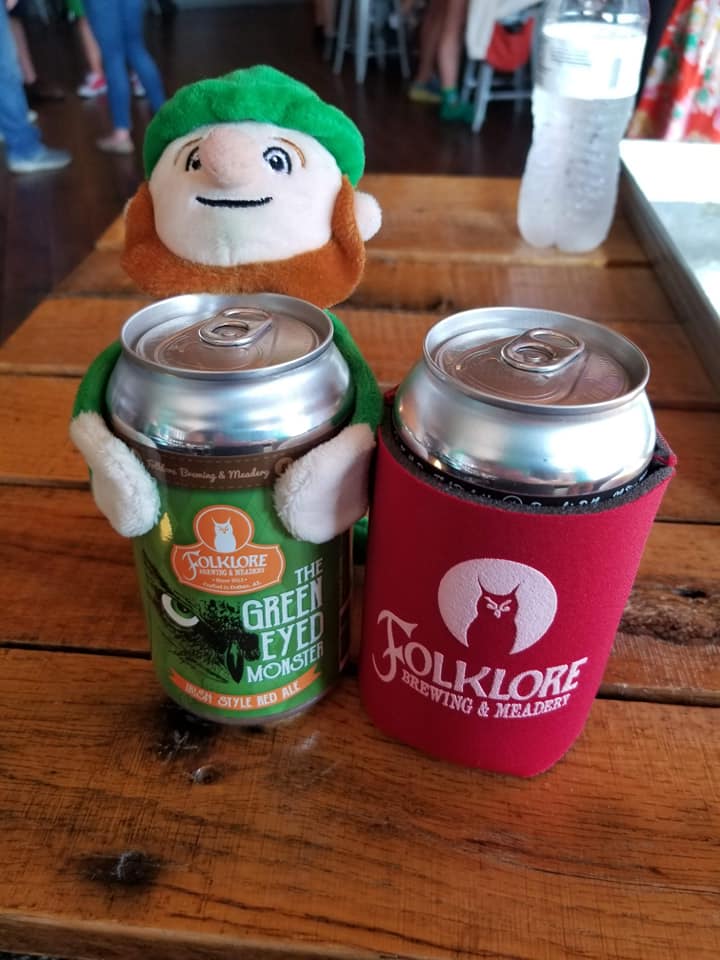 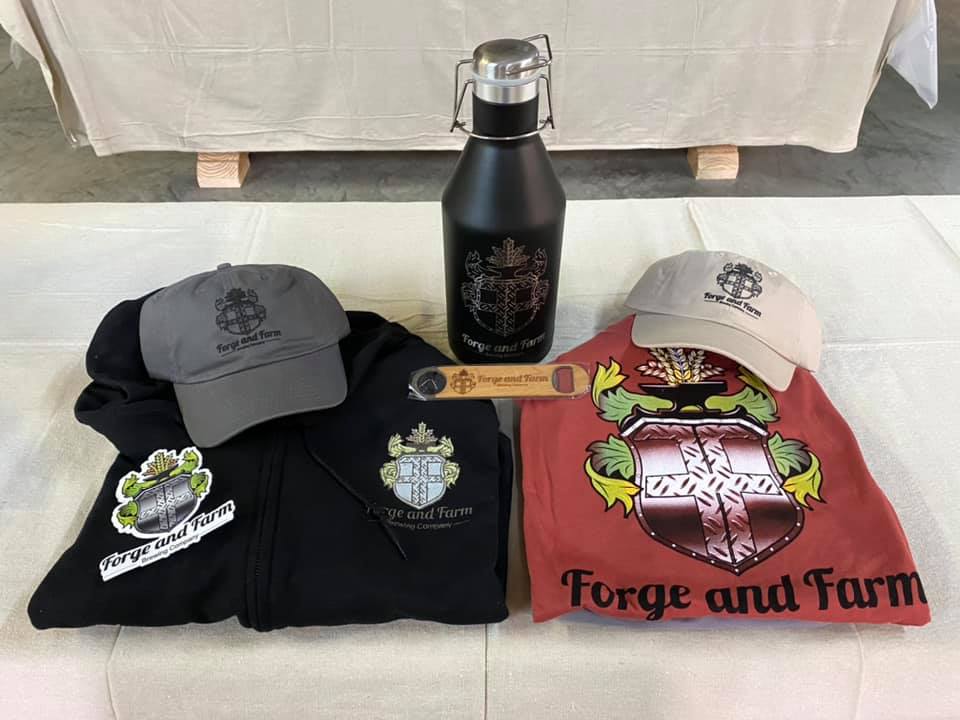 Two home brewers and four beer lovers opened Cullman’s Goat Island brewery in 2015 with the slogan, “Life is too short to drink baaad beer.” In tribute to Cullman’s heritage, the brewery makes German- and American-style lagers and ales. Award-winning beers include Duck River Dunkel (silver medal at the 2018 Great American Beer Festival), Sipsey River Red (gold at the 2016 Alabama Craft Beer Championship), and Richter’s Pils (gold and second overall at the 2017 Alabama Craft Beer Championship). The pilsner is based on a 19th century recipe from a Cullman saloon keeper. 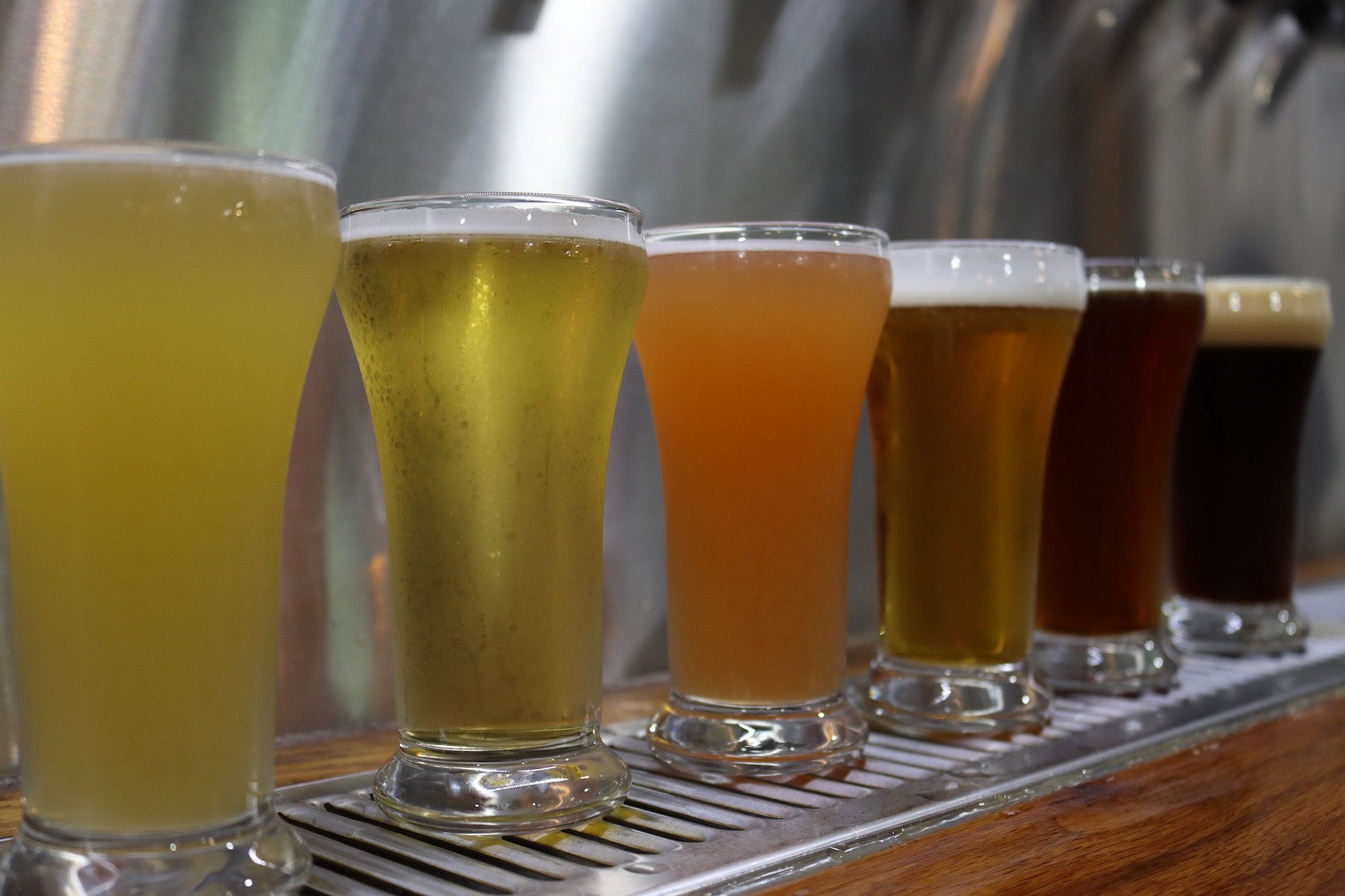 The folks behind Main Channel Brewing Co., which overlooks a branch of Lake Guntersville, invite customers to “sit back, relax, and enjoy the beer and the water.” Its draft lineup rotates among German-, Belgian, and American-style ales and lagers including hazy New England IPA and the dark Dunkel Weisse made from wheat. Seasonal favorites include strong Chocolate Strawberry Stout. Flights are served in funky boards shaped like a fish, guitar, or canoe paddle.

The six-year-old brewery’s name pays tribute to good ol’ Southern red clay, while one of its brews is named Big Swamp Stout in honor of its home town (Opelika is a Muskogee word meaning “Big Swamp”).  Its rare collaboration with a Napa Valley vintner, the Miura Double Master series, includes pale ale made with imported chocolate and aged in tequila barrels, black pilsner made with Chinese Forbidden Rice and Meyer lemon, and stout brewed with coffee and aged in rum barrels. Find them in the downtown Opelika taproom, along with beers both usual and unusual, including Southern Bumpkin Sweet Potato Brown Ale. 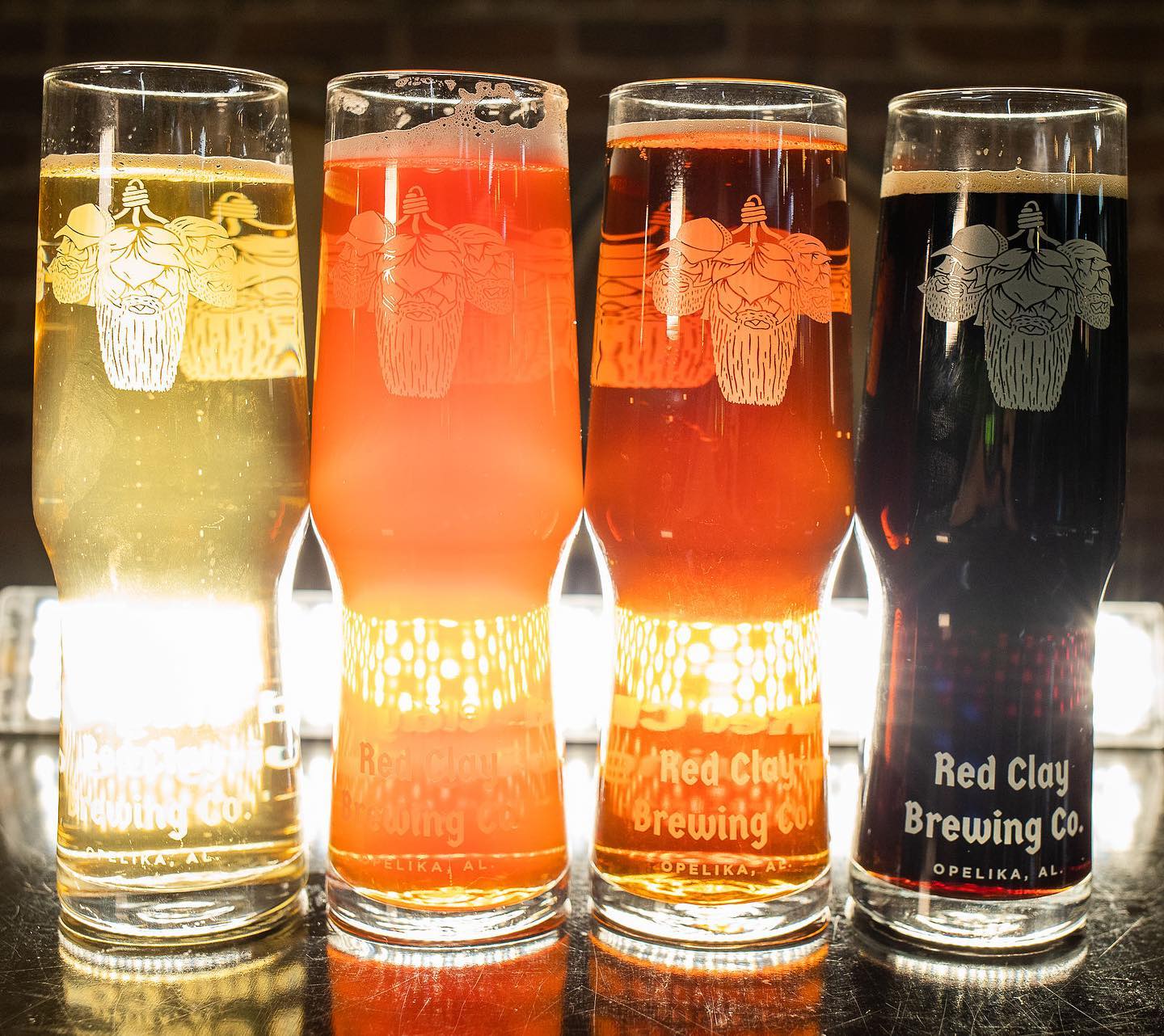 Inspired by the Tennessee River and the music city on the other side, Muscle Shoals, Singin’ River Brewing Co. features more than a dozen draft beers and several in cans. Their regular and seasonal brews have racked up several medals at the Alabama Craft Beer Championships include Citracabra (gold 2018), Shoals Oktoberfest (gold 2017), strong Belgian-style Tiger Chainsaw Arms (gold 2016), IPAcalypse Now (silver 2017), and Ghost Bridge black ale (silver 2017). Its Swamper porter ale is a homage to the famous studio session band that laid down the soulful “Muscle Shoals sound” on records by artists including Aretha Franklin and Wilson Pickett. 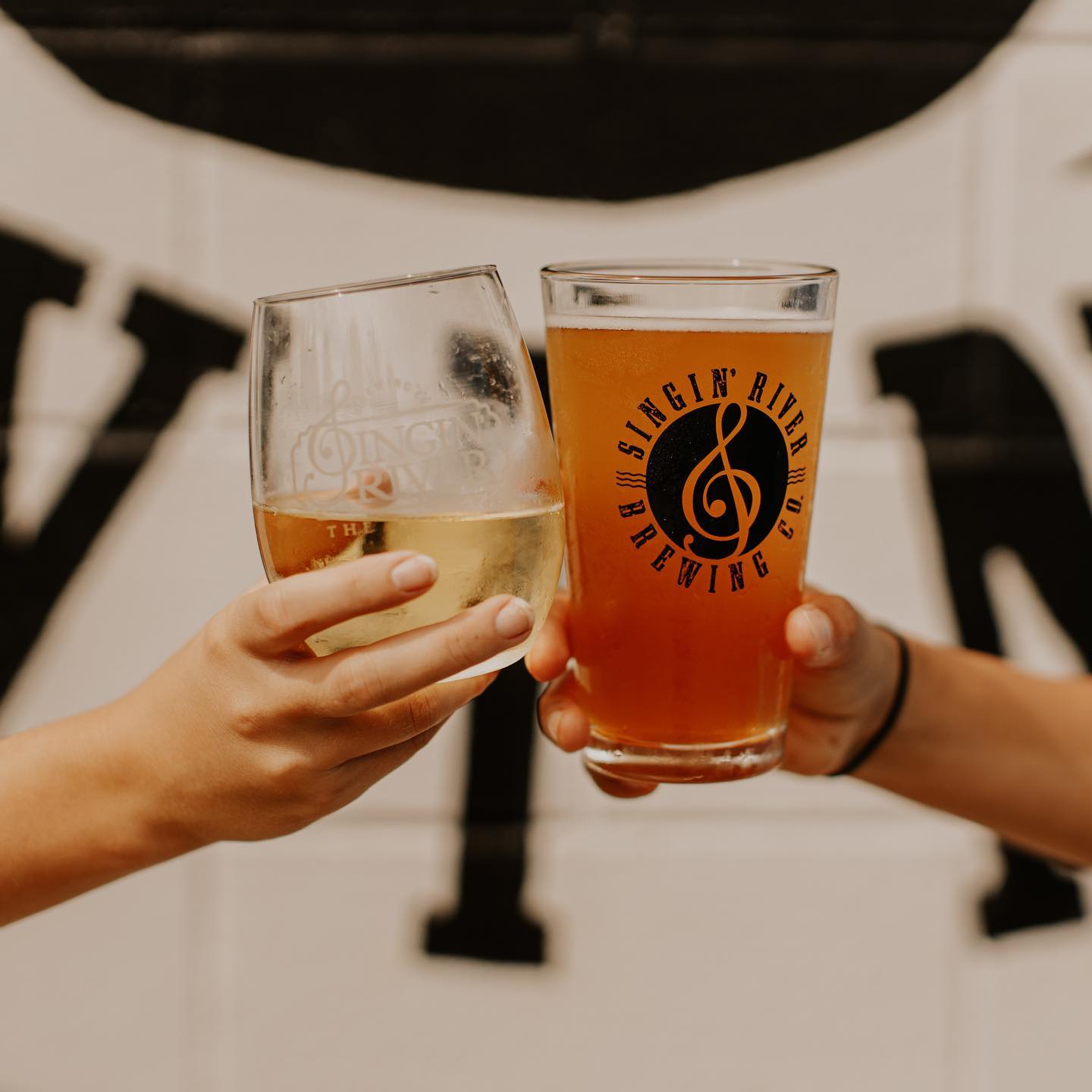 Jasper’s first brewery features a tap room and outdoor seating, located downtown in a two-story 1920s-era building that once held a hotel and later a hardware store. Sample five-ounce and pint pours of its five flagship brews including Momma’s Margarita Gose, a sour wheat beer spiked with essences of lime peel, orange peel, and Himalayan pink sea salt. The lineup also includes two ales that are aged in wooden barrels, and experimental small-batch brews such as I Dream of Peaches, a sour ale with peach puree. 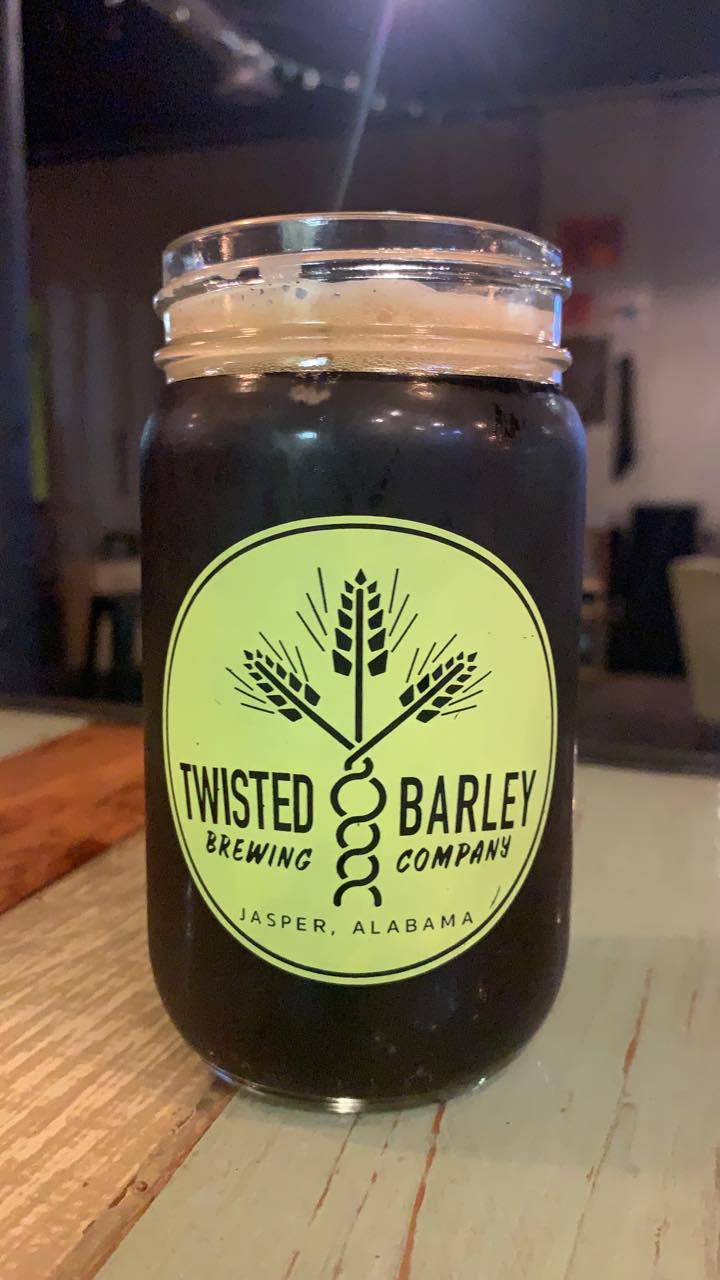