How banana pudding came to be a beloved Alabama dish 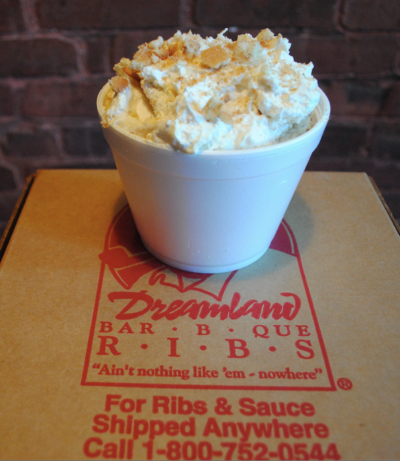 Akin to televised hot-dog or chicken-wing eating contests, 10 people who gorge for a living will compete for a $3,000 total prize purse at Madison’s CrossPointe Church.

Pudding for the competition will be provided by Apple Lane Farms of Madison. Admission and limited on-site parking are free. Food trucks will be stationed at the church. And of course, Apple Lane Farms’ banana pudding will be available for sale to the masses.

“Who doesn’t like banana pudding?” says the news release from Major League Eating, which organizes competitive consumption contests. “No one! Banana pudding. So delicious. And banana pudding from Apple Lane Farms in Madison, Alabama? The best there is.”

Banana pudding may not have been invented in the South. But we’ve made it part of our family.

It’s on the menu at any down-home barbecue restaurant that’s worth its salt and smoke. No Southern backyard cookout, community potluck, or church supper is complete without at least one massive container of it.

Banana pudding got popular here because it is a low-impact dessert that’s perfect for the summer’s heat—no baking and only a brief time on a low stove required. Then just layer sliced bananas, thickened vanilla custard, and vanilla cookies. Whip up a topping and pop that baby into the ice box.

Alabamians first fell in love with bananas in the late 1800s, when widespread imports started from Central America and Caribbean nations. People around Birmingham, for example, started calling Alex Kontos the “Banana King” after he introduced the slender yellow-hued fruit to Birmingham in 1888 through his wholesale company, which remains in business today.

Banana pudding soon followed in Alabama recipe collections, with most early versions using a cake base. Easy to scale up, it was good for large gatherings.

About the time Kontos began marketing newfangled bananas in Birmingham, the National Biscuit Co. (now Nabisco) introduced a new cookie called Vanilla Wafer. Before long, boxes of those cookies started carrying banana pudding recipes that substituted the cookies for the cake. It didn’t take long for wafers to become the standard.

Banana pudding is so common alongside Alabama barbecue, the restaurants should enshrine a picture of a banana next to the happy pig commonly depicted on their signs.

Joints like Miss Myra’s Pit Bar-B-Q in Vestavia Hills’ Cahaba Heights neighborhood and statewide chains like Dreamland are almost as famous for their banana pudding as they are for their chicken with white sauce or their ribs. Dreamland’s version even has inspired copycat recipes. 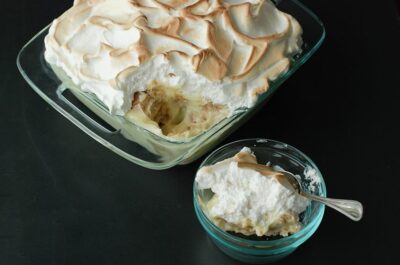 Television food personality Andrew Zimmern, who often promotes Alabama restaurants on his culinary travelogues, is so in love with Miss Myra’s banana pudding, he coaxed co-owner “Miss” Myra Grissom Harper to share her recipe with him.

Her version is topped with toasted meringue, like the banana pudding at Ole Hickory BBQ in New Market, which is on the state tourism department’s “100 Dishes to Eat in Alabama” list.

Siblings Geraldine Golden and Pat Rogers at Sisters Restaurant in Troy use their mother’s recipe for the eatery’s banana pudding, which also is on the “100 Dishes” list.

Although banana gets top billing, the pudding is what separates a decent banana pudding from a memorable one. No need to use instant when homemade is so simple.

Its foundation is warmed sugar-sweetened cream and whole milk, enriched with egg yolks and butter. That’s flavored by good vanilla, and thickened with cornstarch or flour.

The bananas should be fully ripened but not overly so, still somewhat firm when sliced. Some recipes call for roasting them to caramelize their sugars.

Layer the fruit with the pudding and vanilla cookies, preferably the miniature wafers made by Birmingham-based Bud’s Best Cookies. Top with whipped cream or a meringue that’s browned on top with a kitchen hand torch or a quick pass under the broiler.

Be sure to chill that pudding well before serving. Gotta let those flavors blend.

If you go to CrossPointe Church for the puddin’ eating contest, you’ll witness history, organizers say.

“A world record will be set at this event unless all contestants are disqualified for conduct unbecoming or other infractions,” the organizers say. “Which, let’s face it, is highly unlikely.”