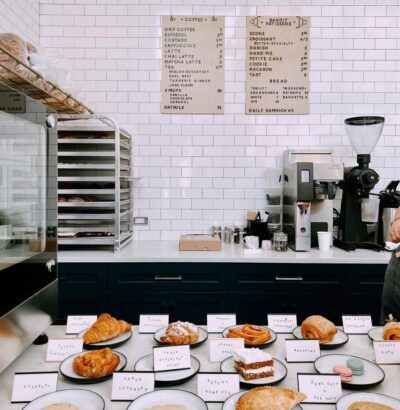 August marks a big month in the ongoing and tasty collaboration between Kristen Hall and Victor King, as they reopen their retail baked-goods shop, Bandit Pâtisserie, and premiere their wine-centric Bar La Fête in downtown Birmingham.

The new Bandit—a pandemic-delayed relocation from the original in suburban Homewood—opened its door on August 9. King and Hall hope to start pouring and serving small-plate dishes at Bar La Fête by the end of August.

Hall, a self-taught baker, says the openings are both exciting and terrifying.

“It feels truly wonderful to be able to re-open our storefront,” she says. “We have been dreaming about this moment for quite some time. And for Bar La Fête, it has been such a wonderful experience to build a new concept from idea to full construction. It’s one of my favorite parts—designing spaces to transport guests to another place and time.”

As their names indicate, both Bar La Fête and Bandit Pâtisserie find inspiration in France. A tribute to Parisian wine bars, La Fête will conjure the City of Lights in the Magic City with premium wine and beer, neat pours of liquor, and snacks.

Hall describes the new Bandit as a “very petite storefront that focuses solely on pastries and coffee. It’s designed in more of a European style, without a lot of frills.” 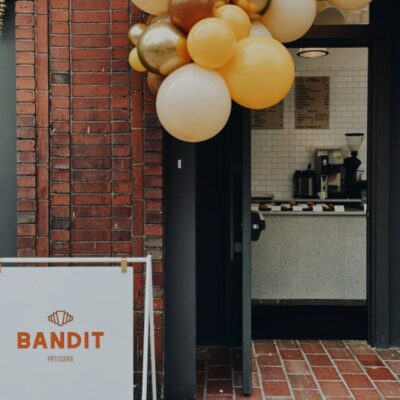 She’s not overstating the “very petite.” It’s basically a counter and scant seating, more akin to Bandit’s pop-up at the Pepper Place farmers market on Saturdays, except inside a brick-and-mortar structure.

In addition to traditional and flavored croissants, look for fruit danishes, scones, tarts, and cookies including macarons. Breads comprise sourdough boules, baguettes, and brioche on weekends.

Hall started in 2013 as a hobbyist. Baking with her daughters and stealthily sharing their goods with neighbors, they dubbed themselves the Baking Bandits. Before long, Hall left an office job and became an entrepreneur.

But first she and King, who grew up on a farm in Tennessee and is a veteran of Birmingham’s venerable Highland Bar and Grill restaurant, collaborated on the restaurant Feast & Forest. It morphed into The Essential in 2017.

All along, Hall operated a weekly Bandit pop-up at the Pepper Place farmers market, opening Bandit’s original retail store and cafe in late 2019.

Although the distance between the restaurant and bakery café at the time was not great, it presented enough road bumps to convince the partners to close the Homewood retail store in the fall of 2020 and bring all operations close together.

“We are very excited,” Hall says. “As chefs and owners, it is nice to be able to walk to each shop and be present in the ways we had hoped. Collaboration, teamwork and intentionality are very important to us, and proximity helps promote this.”