Lindsey Noto is a founder of Croux (photo contributed)

It’s an increasingly common conundrum for restaurant owners and managers: You need someone to cover a shift or two—a prep cook, a bartender, a server, a dishwasher, a host. So, you put the word out on a group message to the network of hospitality workers that you’ve built over the years.

“Then 30 people are responding yes or no, and the GIFs start flying, and the jokes are going around,” says Lindsey Noto, who has made a career in the restaurant and food-service industry, mostly in Birmingham. “It’s like, ‘I can’t deal with this chaos.’”

Noto and a team say they’ve found a solution through an app they plan to premiere this spring, called Croux. It works like a rideshare service or dating site, but in this case connects gig workers to employers.

Croux is designed for people with experience in restaurants, bars, catering operations—even if they’ve moved on to other careers—who are looking to make some extra money outside of their normal job, like bartending on their night off. The app will concentrate on greater Birmingham.

People seeking shifts create profiles on the app, including their experience, skills, vaccination status, certifications, and any employer references. The restaurant, bar, event venue, or caterer posts its needs and then selects among the respondents.

Workers get confirmation of the gig, compensation information, and a GPS map showing the job site. They get paid that night through the app. Croux handles all the details for the employer, including tax records.

Workers are able to rate the workplaces and vice-versa, creating accountability for each, says Jennifer Ryan, another partner on the project. Both will be able to identify the cream of the crop, those earning 5-star ratings. 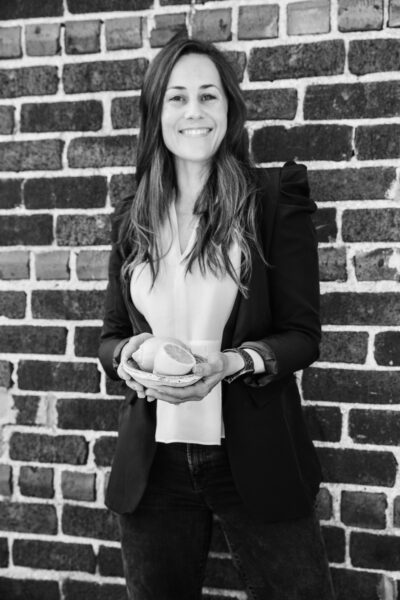 Jennifer Ryan is a founder of Croux (photo contributed)

The service is free for the workers. Employers sign up for free, and pay a percentage fee when they fill one of their posted shifts.

The concept won a Techstars Start-up Weekend competition in Birmingham last fall, where contestants gain mentoring as they develop and refine business pitches for their innovation to a panel of judges.

The Croux crew—Noto, Ryan, Brett Ables, Kenny Kung, and Stewart Price—won the top prize, which included money to build out the platform, free space at Innovation Depot, and operating cash.

Three months later, the app is in the final development stages and is expected to roll out in the spring. “Springtime is big for restaurants,” Ryan says. “It’s the perfect time to make sure we’ve got the app ready and in the hands of folks.”

Pandemic-related staffing shortages that cause restaurants to close early or shut down when they normally would be open are garnering lots of attention these days. But it’s been a chronic problem, one that started long before COVID, Ryan and Noto say. The World Games this summer will amplify the need for hospitality workers.

“It’s a shame to see restaurants struggle because of a lack of staff or talent.” Noto says. “There is this whole pool of people who want to work. They just need a way to connect to opportunities.”

Noto and Ryan say Croux will fill a niche that other job-search sites aren’t geared to handle because of the unique skills of hospitality workers and needs of the food industry.