This Alabama company is the No. 1 provider of vegetable and herb plants in the U.S. 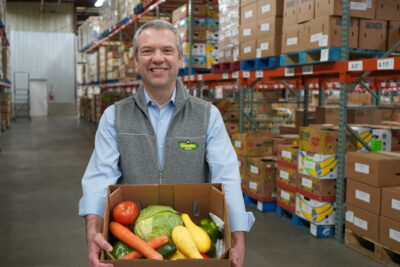 In 1918, Bonnie and Livingston Paulk moved to Union Springs, Alabama with $50 and a dream to make a living off the land. They planted two pounds of cabbage seeds in their new backyard, then hauled the heads to town for sale. The business took off, and soon they began to diversify their products, planting onions, strawberries, tomatoes, peppers, potatoes, eggplants, and more.

Over the next century, Bonnie Plants continued to grow. By 1935, the first Bonnie Plants greenhouses were built. By 1983, plants were sold in 13 states. A little over 10 years later, they could be found in every continental state. Today, 4,500 people work at 87 Bonnie Plants growing facilities across the country, and you can find nearly 300 plant varieties in all 50 states plus Canada.

Over the past couple of years, the pandemic has influenced every industry. Bonnie Plants was no different. Helming the change was Mike Sutterer, who became president and CEO of the company in January 2020. The 19-year veteran of Scotts MiracleGro joined Bonnie Plants at a pivotal time. In 2020, more than 21 million people tried gardening for the first time, creating a huge opportunity for growth. At the same time, businesses were being forced to shut down due to COVID-19. 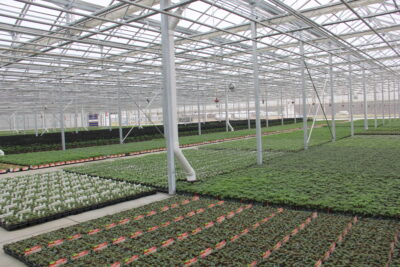 “We were navigating through maintaining our status as an essential business because supply chains were taxed and grocery store shelves were empty, so people were turning to vegetable plants to secure their food source for themselves and their families,” Sutterer says. “I was spending hours on the phone every day with public office holders and policy makers to ensure we could still deliver the food plants people needed. It was a surreal time, but we also had 21 million new gardeners in 2020.”

Over the next two years, Bonnie Plants has not only weathered the storm but come out better and stronger than ever. They’ve begun offering more products, including a line of super-hot peppers made in partnership with Ed Currie, who created the Carolina Reaper.

“It sold out in 24 hours,” Sutterer says. “We had over 1,000 people on the waiting list. We think there’s a big opportunity in offering people unique flavors, textures, and colors that are easy to grow.” 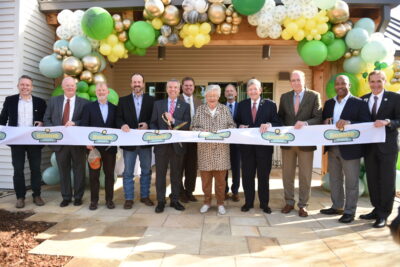 They’ve partnered with Scotts MiracleGro to provide complete gardening solutions for home gardeners. But the biggest change they made was doubling down on e-commerce and direct-to-consumer sales. Part of that meant creating a state-of-the-art e-commerce growing and distribution facility that would also serve as the company’s new headquarters. And when it came time to choose where, they decided to move just 50 miles down the road from where it all began. They’re now honoring the company’s Alabama roots with a new facility in Opelika, where they support a partnership with Auburn University and are quickly becoming a vital part of the Auburn-Opelika community.

“As we evolve and grow, expanding our capabilities in e-commerce and unique genetic plants, it was important for us to stay in Alabama, which has been our home for more than 100 years,” Sutterer says.

As Bonnie Plants looks to the future, Sutterer says the goal is to not only maintain the company’s position as the number one purveyor of vegetable and herb plants, but of all live goods, including flowers, succulents, and houseplants. They also hope to expand their sustainability efforts and continue to grow their e-commerce operations.

“Our mission is to deliver any plant, anywhere, any time,” Sutterer says. “It’s an unbelievably exciting time to be at Bonnie.”