Chef Adam Evans up to win Best Chef in the South 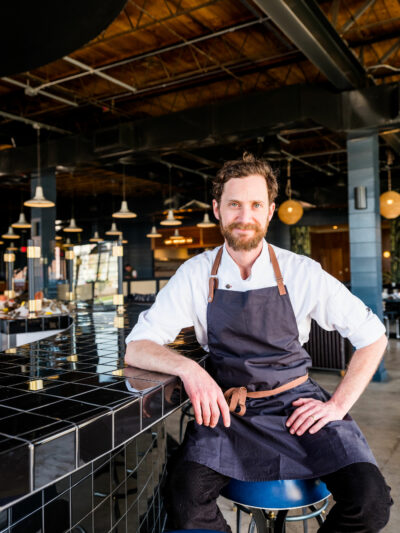 Update, June 16, 2022: Adam Evans took home the James Beard Award for Best Chef: South this year! Congratulations to Chef Evans and his team at Automatic Seafood on their big win.

If you wind up at Automatic Seafood and Oysters on Monday, June 13, don’t be surprised if folks start gathering around the television in an anteroom at the Birmingham restaurant, or stare at Twitter on their smartphones.

They’ll be watching the feed from the James Beard Awards in Chicago to see if Automatic’s co-owner, Adam Evans, will be named Best Chef in the South during a ceremony conferring the nation’s top culinary awards.

“It’s an amazing thing for the restaurant and for everybody that’s on the team, working hard every day,” says Evans, who found out late last month that he’s one of five finalists for the regional award.

Ever since the Muscle Shoals native and his wife, Suzanne, opened the restaurant on April 1, 2019, the Evans and Automatic have not been strangers to national accolades.

The Southside restaurant is a “best-of” regular in food media, including Esquire, Saveur, Thrillist, and Southern Living. Automatic also was named a 2020 Beard Award finalist for Best New Restaurant in the nation, days before the foundation decided to call off the awards for that year (and later 2021) due to the pandemic.

The cancellation left the restaurateur with mixed feelings. By being named a Beard finalist, Automatic still was dubbed one of the 10 best restaurants emerging across the entire nation in 2019 (similar to the Oscars, the Beard Awards mostly honor achievements from the previous year).

On the other hand, the folks at Automatic wanted to see how far they could go. “Of all the ‘new restaurant’ lists, that’s the one you want to be on,” Evans says. “We got on it, and that was some great news in a really dark time. To have it cancelled was a little disheartening.”

Adam and Suzanne plan to fly to Chicago the day before the main awards ceremony, which will be held at Lyric Opera, starting at 6 p.m. Alabama time. He’s getting some sartorial help for the gala from Florence resident Billy Reid, whom the chef calls “my favorite fashion designer of all time.” 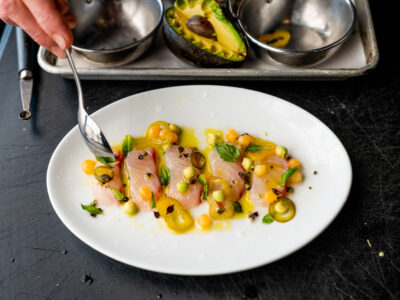 The chef initially built a reputation as a seafood genius in Atlanta restaurants. He and Suzanne decided to return to their home state (she’s from Arab), and join a maturing culinary scene in metro Birmingham that already has produced multiple Beard Award winners. Tim Hontzas, chef/owner of Johnny’s Restaurant in Homewood, also is a finalist this year for Best Chef: South.

Steak, pork, vegetables served family-style, and creative desserts round out the menu at dinner, which is served seven days a week. The weekend brunch menu, the baby of Chef Luke Joseph, is similarly imaginative, eclectic, and seafood-centric. The cocktail and drinks program is run by an award-winning bartender, Jose Medina Camacho. Kevin Moore, a 30-plus-year veteran of some of Birmingham’s top restaurants, is the general manager. 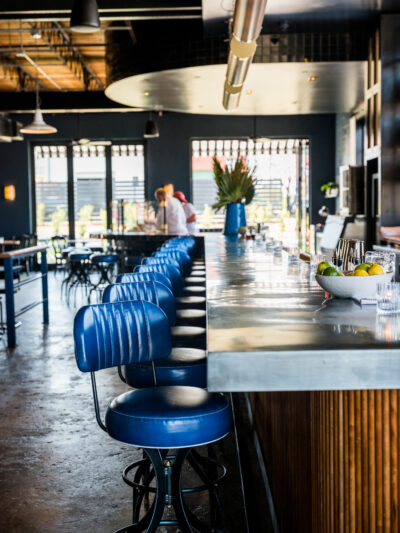 Chef Evans says he is competitive enough to want a win on June 13, but recognizes the benefits regardless of the outcome. Any plaudits from the Beard Foundation entices more people from throughout Alabama and other states to make reservations and dine at Automatic.

“It reaches a lot of people,” Evans says. “We see so many people coming from all over (saying things like) ‘We’re from Charlotte but we’re visiting a friend here and we read about the James Beard.’ It’s kind of unreal.”

Winning would cap a momentous year for Adam and Suzanne. Their child, Henry (aka “Hank”) was born last summer.

The chef says he doesn’t have an acceptance speech ready in case he’s called to the podium for a Best Chef award. Efforts to date to write one only have produced anxiety, so he’s put it on the back burner.

“There are so many people I want to talk about and thank,” he says. “Sunday night after I get to Chicago, I’ll close my eyes and think about it on the off chance that I do get up there.”