Here’s your guide to exploring the Civil Rights Trail in Selma: 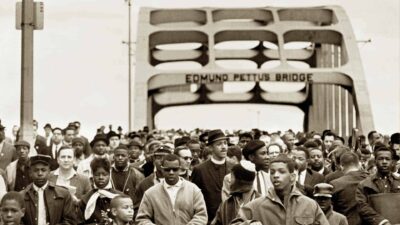 Most of Selma’s Civil Rights Trail stops center around one event, the Selma to Montgomery March that took place in March of 1965. The murder of demonstrator Jimmie Lee Jackson by the Alabama State Police, coupled with discriminatory voter policies against Black people, prompted the first wave of the march.

On March 7, 600 protestors attempted to march the 54-mile route to Montgomery, only to be stopped on the Edmund Pettis Bridge by a violent group of Alabama State Troopers, a day which has gone down in infamy as Bloody Sunday. Two days later, Martin Luther King Jr. led a larger group, this time of 2,000 citizens, back across the bridge where they were once again stopped by police. This time, they paused for prayer then turned around. Two weeks later, after President Lyndon B. Johnson pledged his support to the Selma protestors and called for the passage of a new voting rights bill to protect Black voters, the group—accompanied by U.S. Army troops and Alabama National Guard forces—was allowed to continue their march to Montgomery.

Today, you can visit the historic location where the tragic attack took place. As you walk across the Edmund Pettis Bridge, which is ironically named after a former Confederate officer and Ku Klux Klan Grand Dragon, imagine what it was like for the many protestors who risked injury and even death to fight for the cause.

Before walking or driving across the bridge, take time to stop into the Selma Interpretive Center, which is located at the foot of the bridge. Inside, you can learn the story of the movement through featured exhibits, shop in a bookstore and gift shop, and pick up materials about the Selma to Montgomery National Historic Trail, which begins at the bridge and ends at the Montgomery capitol building. 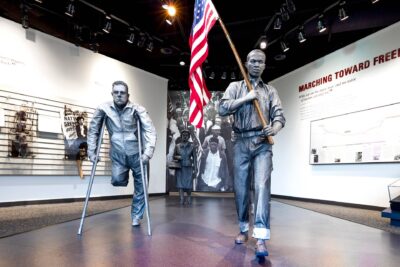 A little farther along the trail on the way to Montgomery, you’ll find the Lowndes Interpretive Center, another National Park Service property dedicated to commemorating the marches. The center includes exhibits on the death of seminarian Jonathan Daniels; the killing of Viola Liuzzo, a white woman who assisted marchers by transporting them to Selma; and the establishment of “Tent City,” where families dislodged by white landowners lived in Lowndes County.

Round out your in-person education on the Selma to Montgomery March by stopping by the Brown Chapel A.M.E. Church, which served as both a planning site and refuge site for protestors before and after the march.

Put It in Context 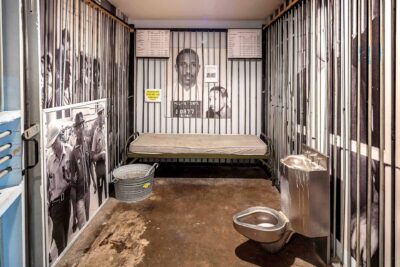 The major impetus for the Selma to Montgomery March was to protest voter discrimination.  Even after the passage of the Civil Rights Act of 1964 forbade voter discrimination on the basis of race, Southern states continued their commitment to disenfranchising Black voters by asking impossible registration questions such as “How many bubbles are in a bar of soap?” and requiring a 68-question literacy test not required of white voters.

At the National Voting Rights Museum & Institute, you can learn all about the struggle for voting rights, from the policies that led to the marches to the passage of the Voting Rights Act of 1965. The museum features several galleries and exhibits that together tell the full story of how all Americans gained voting rights. Exhibits are dedicated to topics like voting booths, non-violence, and jail, as well as figures like Martin Luther King Jr., John F. Kennedy, and more. 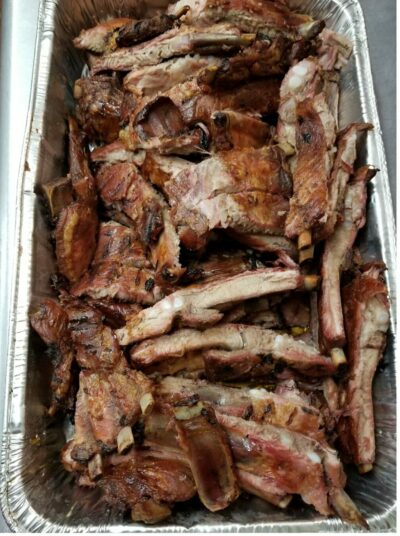 Museums aren’t the only way to learn about Selma’s history. Head to Lannie’s Bar-B-Que Spot, a 75-year-old establishment run by the third generation of the family that founded it. They’re known for their delicious pulled pork sandwiches, ribs, and thick-cut bologna. Pro tip: Ask for cracklin’ on your sandwich for an extra crunch of fried pig skins. For a traditional meat-and-three, The Downtowner serves all your favorite fixings Monday through Friday until 2 p.m.