Here’s your guide to exploring the Civil Rights Trail in Tuskegee:

Founded in 1881 as the Negro Normal School in Tuskegee, Tuskegee University was built on a dream from Booker T. Washington and Lewis Adams to provide a top-tier educational institution for African Americans. Since then, the school has consistently been ranked as one of the country’s top five HBCUs by the U.S. News and World Report. Tuskegee University is also the only college campus designated as one of the National Park Service’s National Historic Sites.

Spend some time strolling the historic campus through an official or self-guided tour. If you opt for the later, be sure to look for the newly erected Tuskegee Civil Rights and Historical Trail markers. The 13 markers are located throughout campus, as well as in other historical spots around Tuskegee. Each helps to preserve the history around a storied figure, organization, or destination pivotal to the Civil Rights Movement.

Other locations on campus not to miss are the Tuskegee Institute, which includes the George Washington Carver Museum and The Oaks (Booker T. Washington’s home), as well as the Tuskegee University Archives and Legacy Museum, which both house extensive collections focused on African and African American art and history. 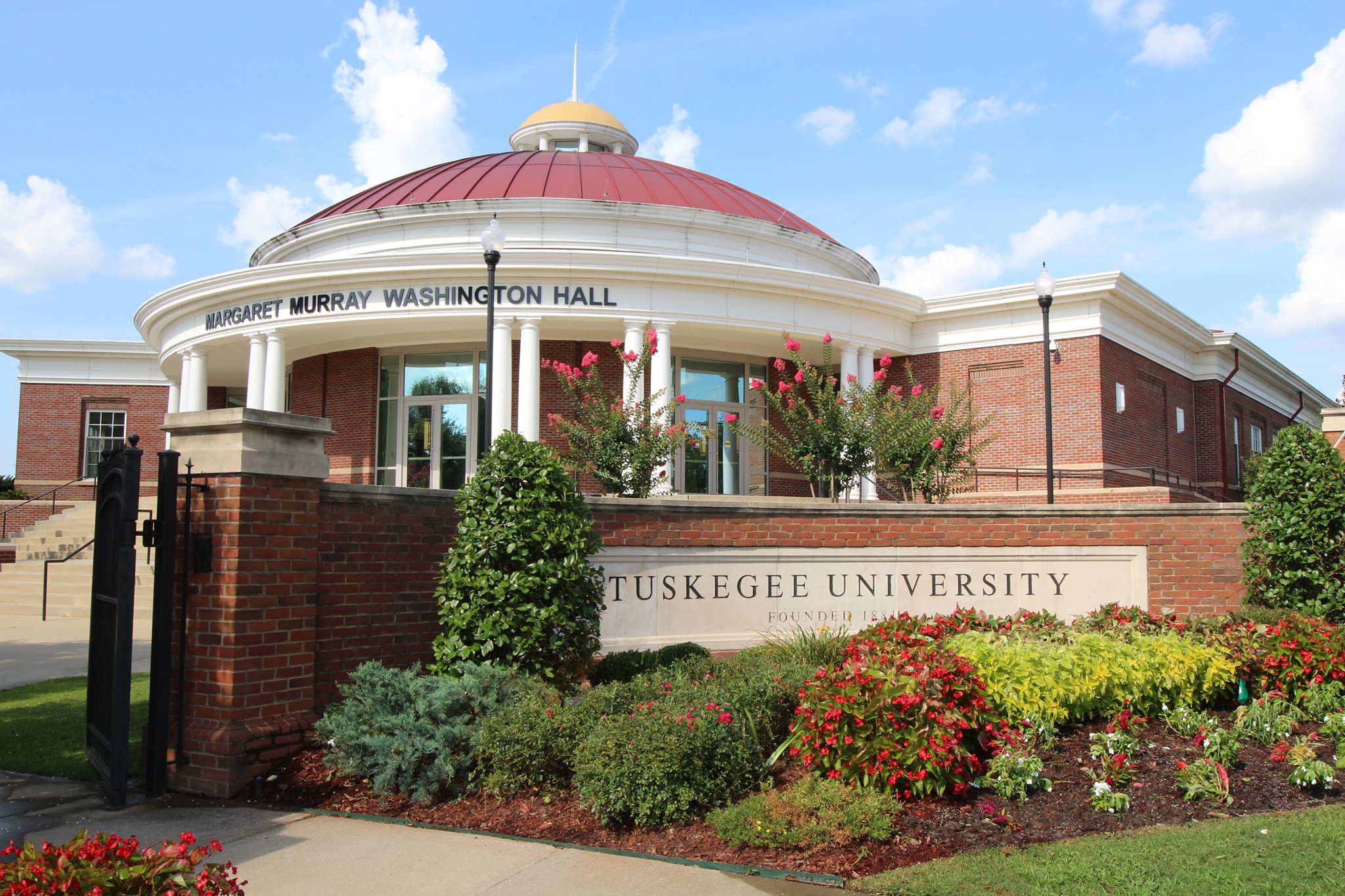 Get the full history behind our country’s first African American military aviators at the historic site of the Tuskegee Airmen’s first flights. At Moton Field, learn the incredible story of these pilots, technicians, radio operators, medical personnel, parachute riggers, mechanics, navigators, and more who made up the famous Red Tails team. Guests can tour the outdoor grounds and read interesting facts about the Tuskegee Airmen through 20 Wayside Exhibits. Inside Hangars 1 and 2, visit museums exhibits that include artifacts like a full-sized replica of Airmen red-tail planes and recreations of the sights and sounds of Moton Field during its heyday. 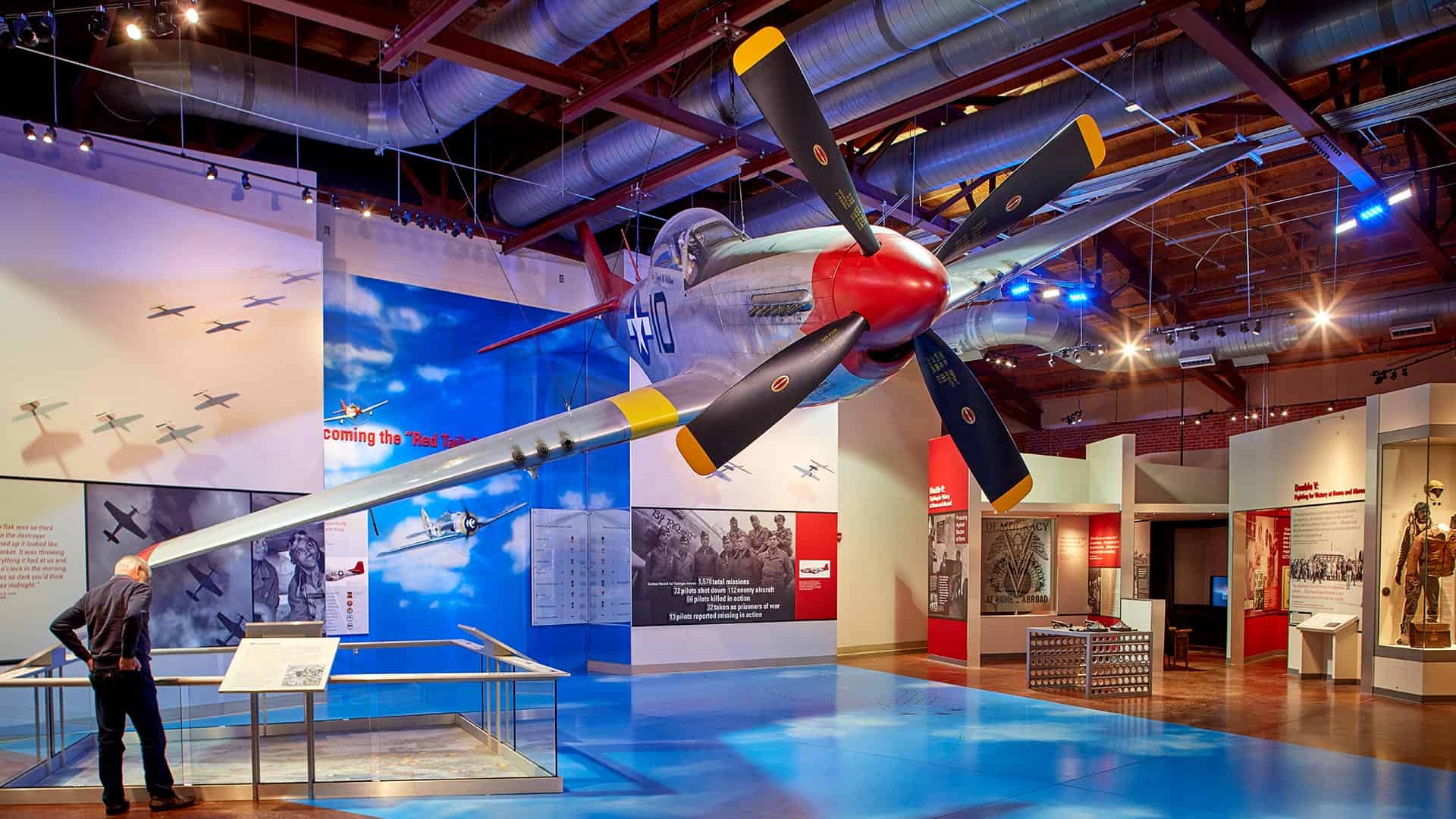 As an educator, author, and orator, the impact Booker T. Washington had on the city of Tuskegee is immense. As the Tuskegee Institute’s first leader, he led the way for a long legacy of Black excellence that continues at the school today. The Tuskegee Institute National Historic Site is the best way to see firsthand the expanse of Washington’s incredible influence. The National Park site includes the George Washington Carver Museum, The Oaks (Booker’s home), and the historic Harris Barrett School.

At the George Washington Carver Museum, learn about the famed botanist and researcher Washington hired to head the school’s agricultural department in 1896. Then take a tour of The Oaks, the on-campus home where Washington lived from 1900 until his death in 1915. To this day, the Washington family are the only ones to have lived in the historic home, which was the first in Macon County to have electricity and steam heating. Complete your hands-on education on Washington by touring the Harris Barrett School, a two-room school that was built—quite literally—by students who formed the building’s bricks by hand under the supervision of Washington. Located on three acres of land and restored to its originality, the school now serves a museum giving a glimpse into the early school life in rural Alabama.

Check out the Tuskegee History Center

Round out your Civil Rights tour of Tuskegee at the Tuskegee History Center. At the center, learn about the three historic cultures—Native American, European American, and African American—that together make up the fabric of the city and its people. Exhibits cover topics and themes ranging from the Tuskegee Syphilis Study to Antebellum Tuskegee, voting, education, race, and more.