22 Alabama restaurants perfect for any dad on Father’s Day

When my dad was alive, we’d generally celebrate Father’s Day with beer. At the time I was a home brewer and wrote about beer, so I’d pick something special for a man I considered to be extra-special.

When celebrating dear ol’ dad, you want to do something as special as he is. Maybe it’s treating him to a big slab of beef he’d never order on his own, or sharing a worldly approach to meat-free cooking. Should it be extravagant and haute or simple and down-home?

Of course, your Dad’s Day destination must be open on a Sunday, and that narrows the options. Here are some restaurant ideas harvested from across the state, listed below by category.

Some straddle boundaries. Perched above the Marriott Shoals Hotel and Spa in Florence the 360 Grille checks all the boxes for fine dining, down to seared foie gras with truffle butter. But it also serves a 40-ounce Tomahawk ribeye that would make any steakhouse proud.

Just remember, whether you pick a place that suits your pop or take him outside his routine, he will appreciate the love. (Note to my children, are you reading this?)

For the Barbecue Enthusiast 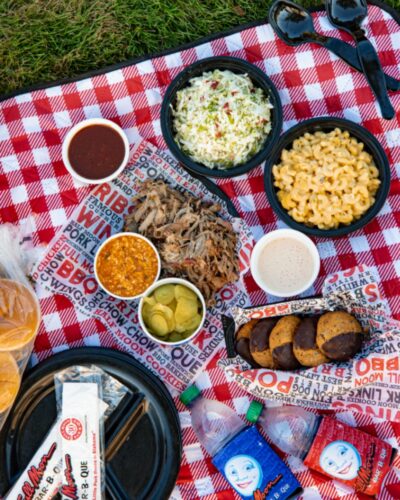 Guys and grills. Flame-kissed meat, bathed in smoke, awakens a primal hunger in many dads. It may be pork ribs or juicy meat pulled from a shoulder, maybe even a whole hog, cooked low and slow for hours and hours. But while pork and chicken generally rule in Alabama, Texas-style beef brisket is finding more and more converts here.

John “Big Daddy” Bishop opened Dreamland in Tuscaloosa in 1958, selling ribs with his special sauce and white bread. Today, you can order Dreamland ribs, chicken, sauce, and swag online nationwide, or treat dad at one of Dreamland’s five Alabama locations.

Brothers Joe and David Maluff, who took over about a decade after the Birmingham-based “best little pork house” was founded in 1986, now have 16 in-state locations. Full Moon’s marinated coleslaw and Half Moon cookies are on the “100 Dishes to Eat in Alabama” list.

Born in Alabama and raised in Texas, James Beard-nominated chef David Bancroft specializes in beef brisket, including the Sunday-only Brisket Brunch. The main menu includes smoked pork and smoked turkey, but also crosses over to Mexican-style tacos, fajitas, and enchiladas as well as Southern-style sides.

For the Seafood Lover 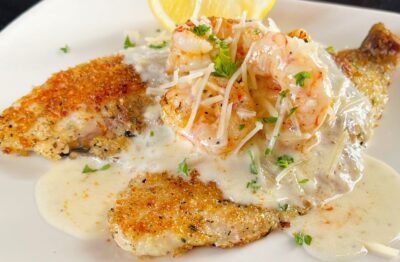 We’re blessed with access to the freshest fin fish and shellfish caught in the Gulf of Mexico, not to mention delicious Alabama-farmed oysters. Whether your dad prefers his seafood raw, grilled, seared, baked, steamed, or fried, he’ll get stuffed to the gills at one of these places.

They’ll confidently serve their own seafood to you, or cook your catch. Try what Doc’s calls the “Best Fried Shrimp in the Entire Civilized World!!!” as an entrée or part of a create-your-own platter. And don’t overlook what Doc’s labels as the “WORLD’S BEST SEAFOOD GUMBO!”

You have two great Sunday choices at Automatic, where chef/co-owner Adam Evans is celebrating his first Father’s Day. Brunch goes far beyond the usual (recently including Mussel and Corn Fritter, and Bacon Hushpuppies), while dinner boasts seafood prepared just about every way you can imagine.

For the Meat Lover 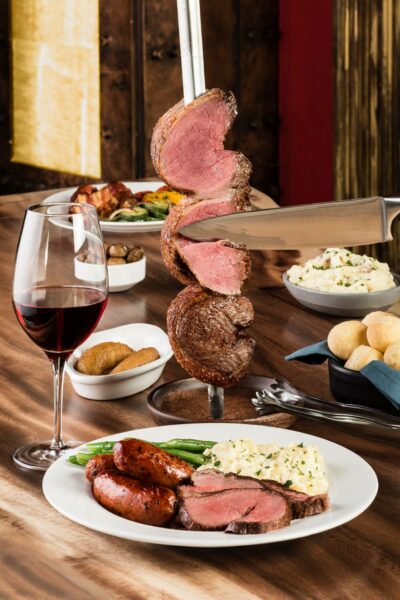 For the meat-and-potatoes dad, big slabs of beef are always appreciated. Steakhouses are a popular choice. Ditto big burgers. And all-you-can eat meat served at a Brazilian-style churrascaria makes a memorable meal.

Pro tip: Don’t fill up on the giant buffet, with nearly 40 choices from salads to cheeses and charcuterie. Save room to sample more than a dozen cuts of rotisserie-grilled beef, lamb, pork, chicken, and sausage, which are carved tableside.

The trio behind Big Mike’s believe small towns deserve big-city steakhouses, too. The locations in Thomasville, Andalusia, Orange Beach, Moundville, and Auburn age their beef 28 days and hand-cut their steaks including the 14-ounce Shug Jordan Strip and the 24-ounce Big Mike’s ribeye.

This is the home of the legendary Niffersaurus Burger, made with 24 hefty ounces of beef. Niffer’s Place will “Nifferize” any burger on its menu with a second half-pound patty. There are some 20 options, from Mushroom and Swiss to The Niff Jr., with bacon and a fried egg. Other choices abound, meat and vegetarian. 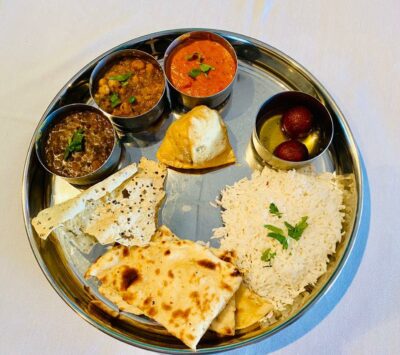 When dad doesn’t eat meat, that doesn’t mean everyone else must go vegetarian or vegan. Several cuisines from around the world, including Chinese and Indian cookery, offer a cornucopia of both meat and vegetarian dishes.

Meat-free eating is so common throughout India, menus at many Indian restaurants divide into vegetarian and non-vegetarian sections. At India Palace, vegetables, lentils, paneer cheese, or hard-boiled eggs are richly sauced with flavorings that include nuts, coconut, herbs, and spices.

For the Fine Diner 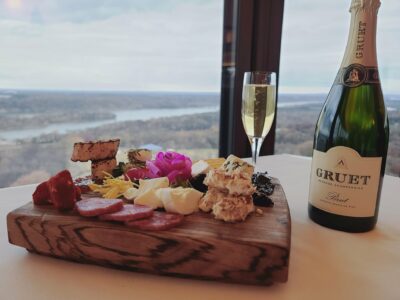 Dad deserves the finer things in life. If he’s into expanding his palate in a white tablecloth setting, here are some options to splurge.

A portion of the dining area rotates, providing an unparalleled view from this restaurant that towers high above the Tennessee River. The food’s pretty awesome, too. The thick frenched pork chop is slow-cooked sous vide. The beef is all prime grade. Splurge with a Crab Oscar steak topping.

Dillard’s dishes all the steakhouse classics—prime beef, surf-and-turf, gourmet add-ons—plus fine-dining favorites like duck or lobster ravioli. If this is where you had your parents treat you while attending the University of Alabama, it’s now payback time.

For the Beer Fan

Maybe dad would prefer to simply just go out for a beer. Alabama’s rapidly growing craft beer scene offers plenty of places to grab a cold one.

The original brewery opened in Gadsden in 2008, followed by a second near the Sloss Furnaces National Historic Landmark in Birmingham. Its flagship brews are pale and brown ales, but both Back Forty breweries produce a wide array of styles.

Beer is on sale there on Father’s Day. What’s not to love about that? About half of the ales are relatively mild—less than six percent alcohol—and many are flavored with fruit. On Sundays all beers and wines are discounted $2.

The first modern brewery in the coastal region opened in 2013. The taproom stocks 14 brews, including a half-dozen flagship ales and hard cider with fun names like “Along Came a Cider” and “I Drink Therefore I Amber.”